Depending on whether you’re reading an “alarmist” or a “skeptical” web site you may have been told either that the Northern Sea Route is already “open” or that the “icebreaker stuck in the sea ice off Pevek” escaped very late this summer. Here at Great White Con we like to think of ourselves as “realists”, so what are the actual facts of the matter.

Our customary way of looking at such things is to use the Canadian Ice Service’s definition of “open” for the Northwest Passage, which seems to be 3/10 or less concentration along the entire route. That would allow an intrepid little yacht like Northabout through without too much trouble, but that point has not quite been reached yet this year. The NSR looks to be eminently “open” already if you only look at an AMSR2 concentration map: 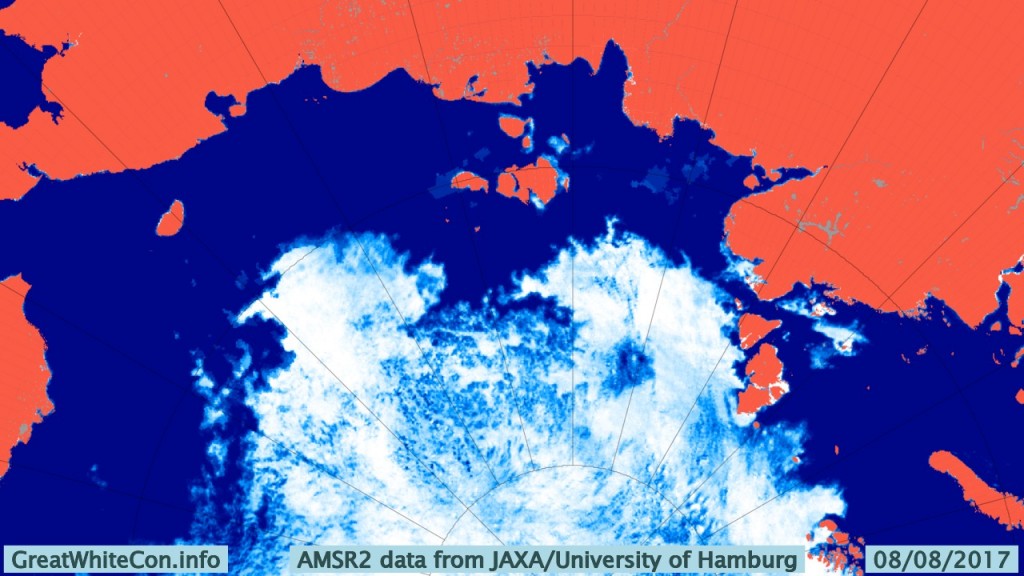 However according to the Russian Arctic and Antarctic Research Institute (AARI for short) there is still not a suitably simple way through Vilkitsky Strait. Here’s their latest ice chart of the area: 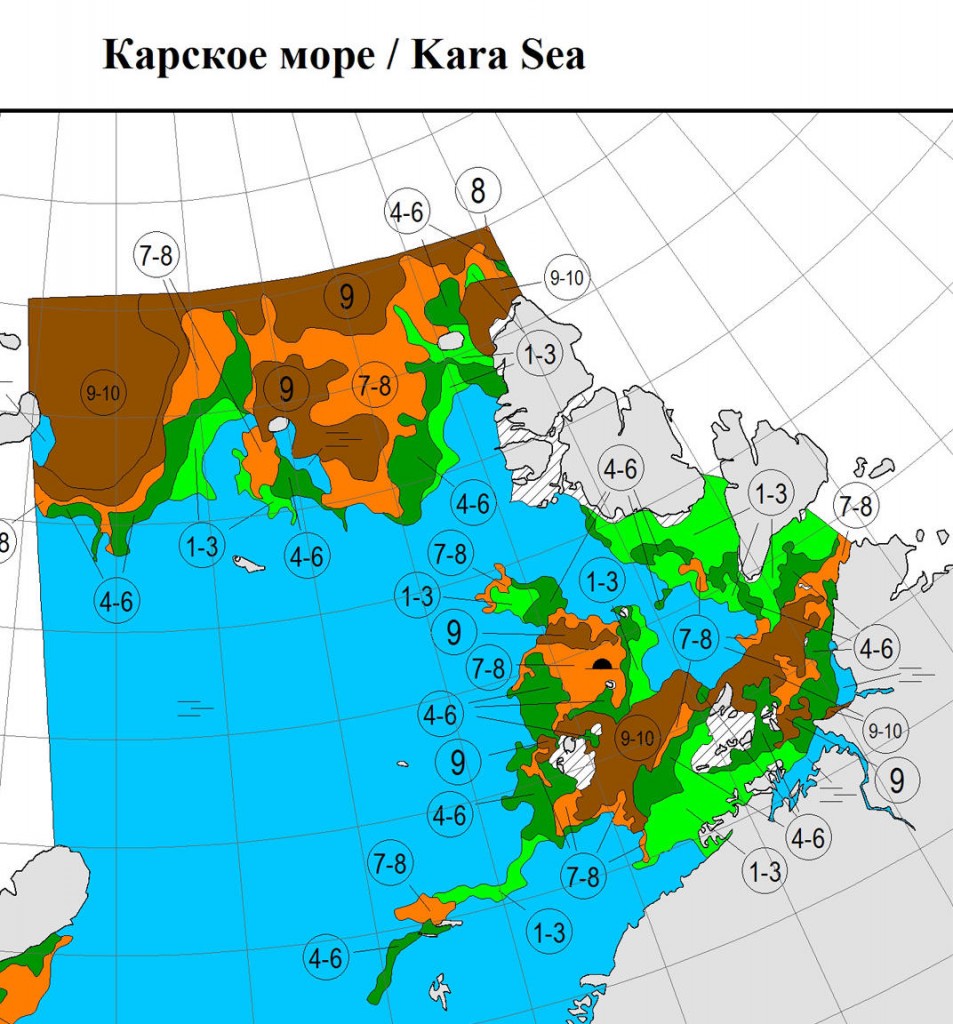 Convoys led by nuclear powered icebreakers have already passed through the Vilkitsky Strait this summer. See for example this tracking map of Yamal from a few days ago: 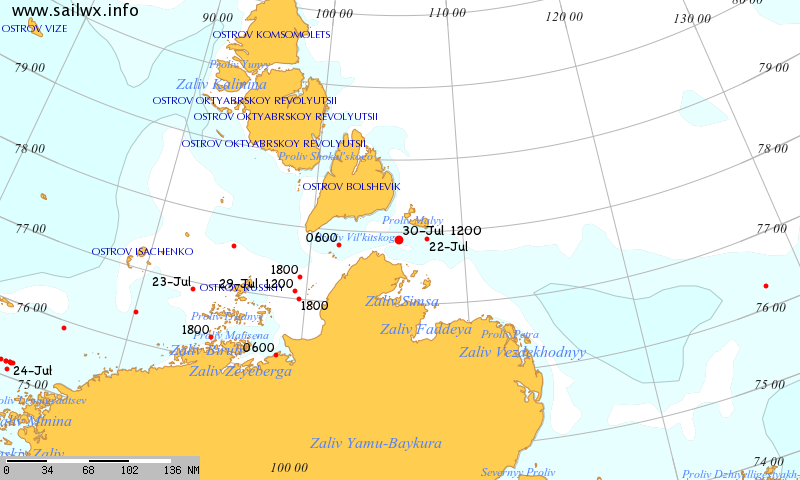 Also an unaccompanied liquid natural gas carrier has made it through the Vilkitsky Strait already this year. According to a Total press release:

After loading its cargo at the Snøhvit LNG export terminal in Norway, in which Total has an 18.4% interest, the Christophe de Margerie is taking the Northern Sea Route to Boryeong in South Korea, where it will deliver a cargo for Total Gas & Power. It’s the first unescorted merchant LNG vessel ever to take this route, which makes it possible to reach Asia via the Bering Strait in 15 days versus 30 days via the Suez Canal.

This technological feat was made possible through the participation of Total teams to the design of these next-generation LNG carriers. Compilations of technology, they efficiently transport large quantities of LNG year-round, without requiring escort icebreakers during the period from July to November. The Christophe de Margerie is the first of a total of 15 planned LNG carriers that will be gradually deployed.

As you can see, whilst it travels forwards in open water the Christophe de Margerie goes into reverse when breaking ice! Little yachts and other unaccompanied vessels lacking an ice class certificate will have to wait just a little longer however, unless of course they are inclined to be “intrepid”.

As Cesium points out below, there is now a <= 3/10 concentration channel through the Vilkitsky Strait on the AARI maps. 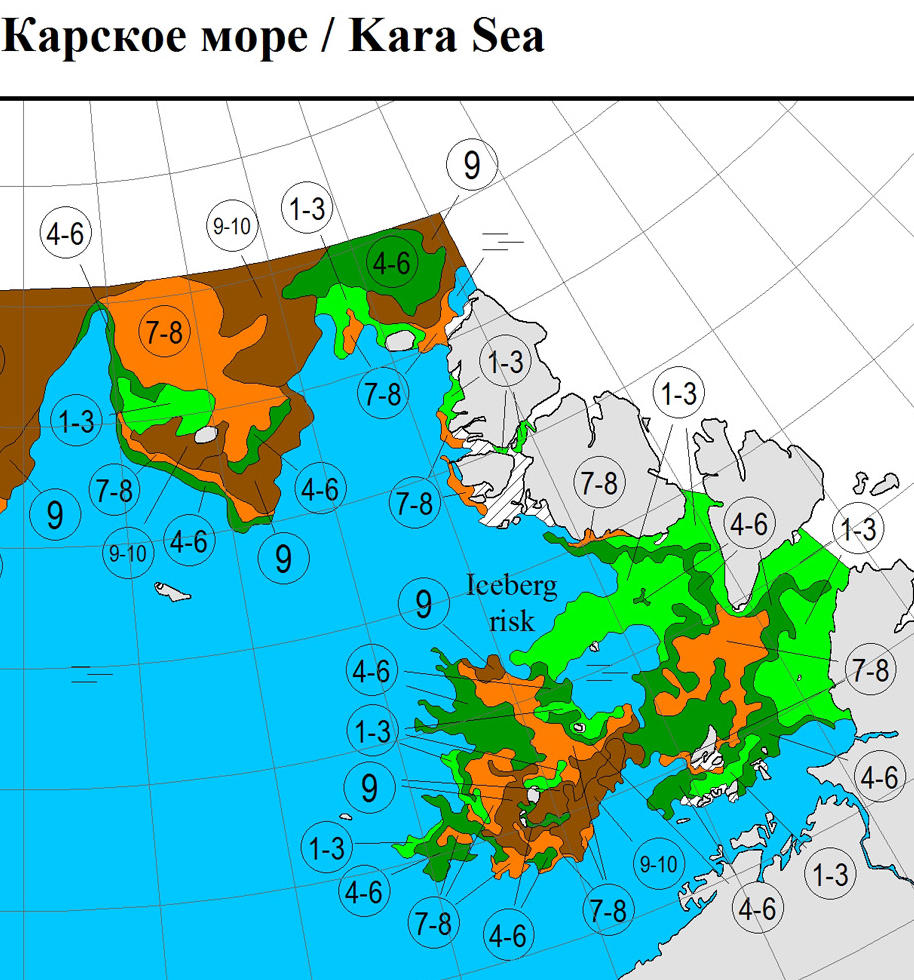 Here’s a couple of Sentinel 1A tiles from this morning stitched together: 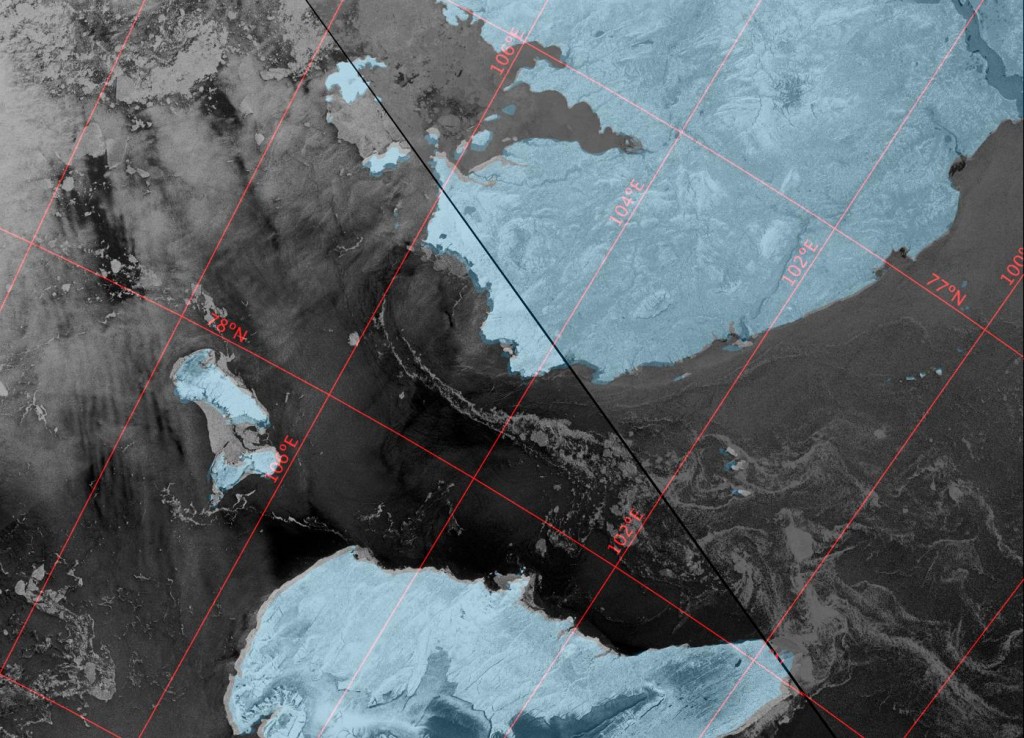 We can now safely declare the Northern Sea Route “open”, even for less intrepid little yachts.