Here’s what one looks like after it has been installed on a floe of Arctic sea ice:

This one has an Argos transmitter located on the buoy itself, which contains batteries for powering all the electronics. The “thermistor string” is a set of temperature sensors fixed vertically through the ice. Here’s an academic paper from Donald Perovich which reveals what the thermistor string of an ice mass balance buoy in the Beaufort Sea measured during the summer of 2007.  Here’s a pertinent picture from it: 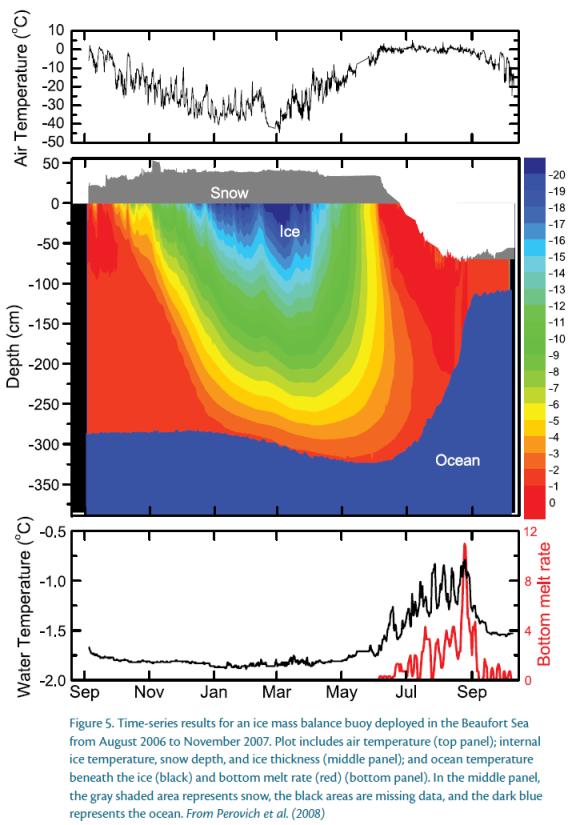 Here’s an example of one of our own graphs from the melting season of summer 2014, also from a buoy located in the Beaufort Sea: 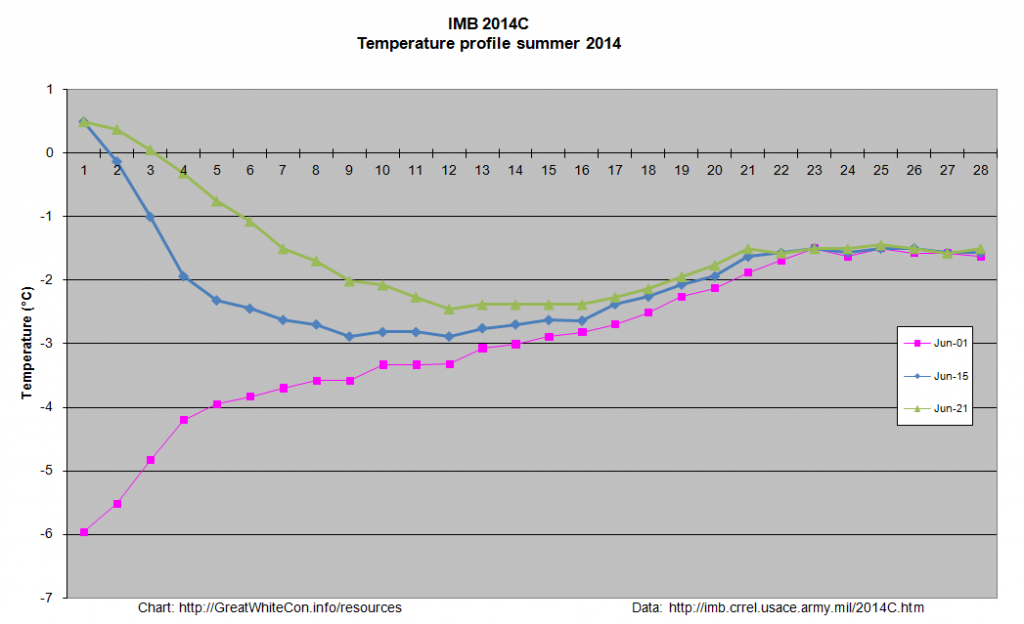 The x-axis of the graph shows the thermistor number.  Number 1 on the left is in the air above the sea ice, to start with at least.  The last one on the right (28 in this case) is in the water below the ice. In the absence of further information the ones in between are open to interpretation, but they are nominally 10 cm apart. In spring some of the thermistors will be located in snow lying on the ice. On June 21st 2014 other sensors on this buoy (2014C) showed that the snow depth was 42 cm and the ice thickness was 190 cm. This suggests that thermistors 1-4 were buried in a snow drift, sensors 5-22 were embedded in the ice floe, and sensors 23-28 were in sea water at a temperature of around -1.6 °C. The heart of the ice floe was at a temperature of around -2.5 °C. In the case of buoy 2014C bottom melt started on June 2nd 2014, and by June 21st had reached a total of 6 cm.

Recently a new, lower cost type of buoy has been introduced, known as a “seasonal ice mass balance buoy” (SIMB for short): 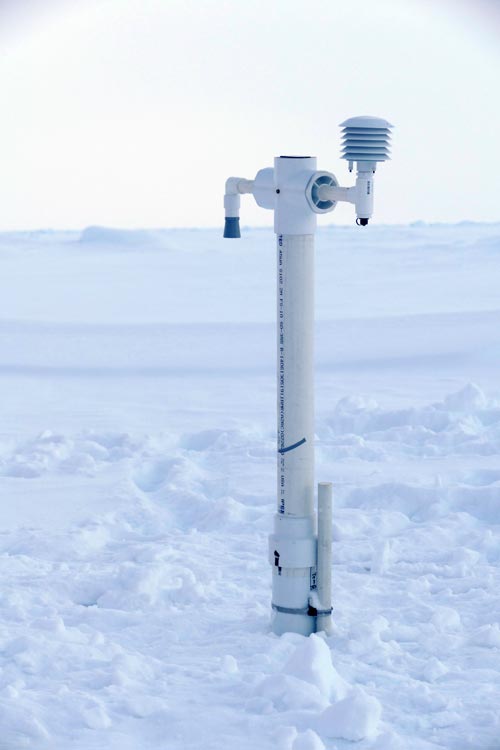 “Ice mass balance buoys: A tool for measuring and attributing changes in the thickness of the Arctic sea ice cover”

“Sunlight, water, and ice: Extreme Arctic sea ice melt during the summer of 2007”

To see what the ice mass balance buoys in the Arctic have revealed over the last few freezing and melting seasons please investigate the following links:

Constructive technical criticism is welcome on the introductory blog post. For discussions about interpreting the information please comment on the “About Our Arctic Sea Ice Resources” page.