As part of his March PIOMAS gridded sea ice thickness update Wipneus also produced this graph of sea ice export from the central Arctic via the Fram Strait:

So far this winter export has been remarkably subdued, but that has now changed. A persistent dipole with high pressure over Greenland and low pressure over the Barents Sea is generating strong northerly winds in the Fram Strait, and even bringing some April snow showers to South West England:

Precisely how high the pressure has been over Greenland is the subject of much debate. See for example this discussion on the Arctic Sea Ice Forum about whether a new world high pressure record has just been set. Different weather forecasting models have come to very different conclusions about the mean sea level pressure of a high pressure area situated over the Greenland ice sheet, which reaches an altitude of over 3,000 metres. Here’s GFS for example, showing 1097 hPa at 06Z on April 4th:

whereas the Canadian Meteorological Centre synopsis for the same time shows a mere 1070 hPa:

At least all the assorted models agree that the isobars are closely packed over the Fram Strait, and hence some of the thickest sea ice remaining in the Arctic is currently heading towards oblivion in the far north Atlantic Ocean:

The predicted drift of sea ice off north east Greenland towards the North Atlantic has come to pass. Here’s some empirical evidence:

Despite the recent export via the Fram Strait sea ice area in the Greenland Sea has barely changed over the past few days:

Extent has been decreasing rapidly in other peripheral seas, and JAXA’s metric is now second lowest for the date behind 2019. Other recent years are included in the graph for comparison purposes:

Whilst there was a slight uptick in JAXA extent yesterday, high resolution JAXA Arctic sea ice area is once again lowest for the date in the AMSR2 record:

Following the recent wind driven export, sea ice is melting with renewed gusto again. JAXA extent has broken the 13 million barrier, but still has some way to go before becoming “lowest for the date” once again:

It is also looking increasingly clear that the reprocessed CryoSat-2/SMOS maximum volume for 2021 will prove to be have been reached at 18044.0 km³ on March 20th:

The skies have cleared over the Siberian side of the Arctic, to reveal a long flaw lead (AKA “crack”) along the coast of the Chukchi Sea and the edge of the land-fast ice in the East Siberian Sea: 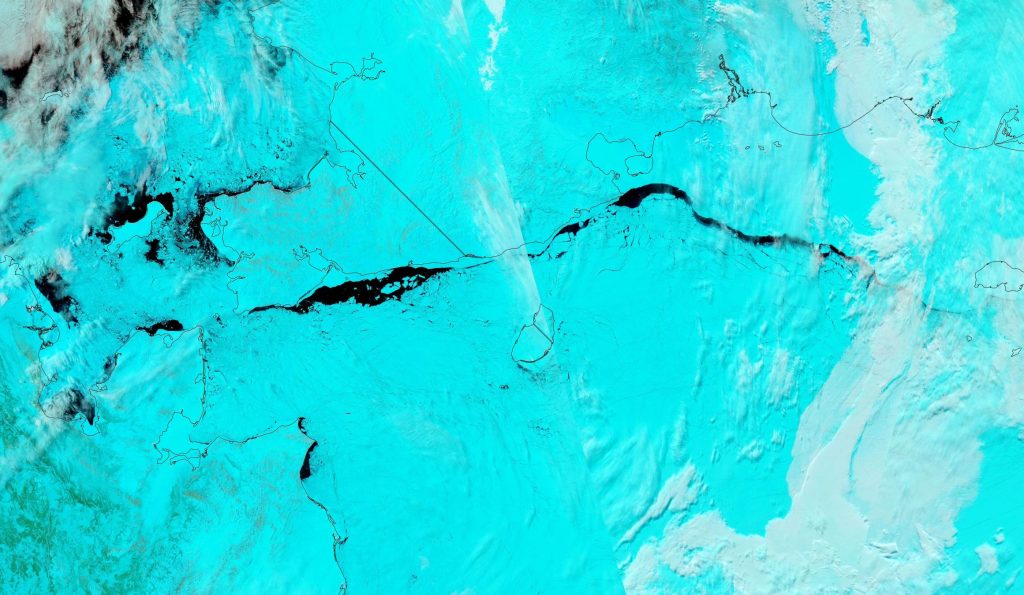 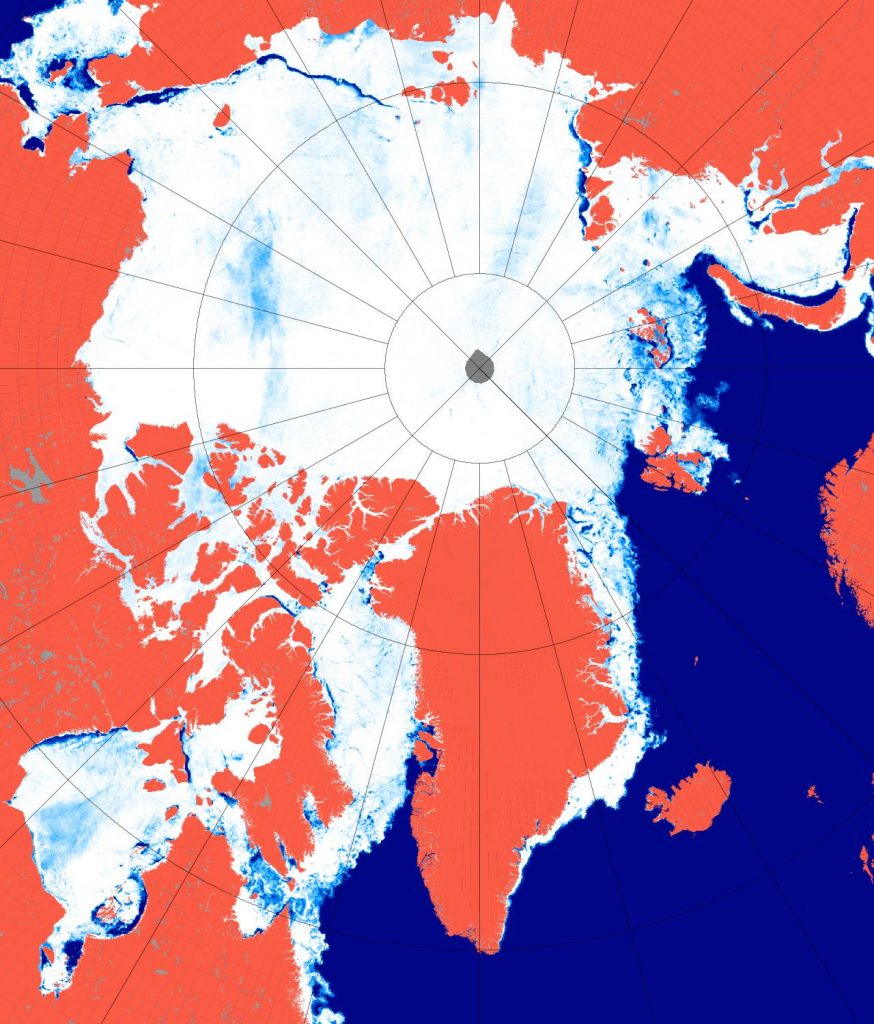 As luck would have it the skies are clear over precisely that region, to reveal this:

I can state with very high confidence that this tweet by Snow White’s schizophrenic sister Alice will never see the light of day at Watts Up With That:

Things have not started well:

Here’s a nice clear view from the Aqua satellite of sea ice disintegrating in the Fram Strait:

Here’s the latest AMSR2 overview of the Arctic Ocean:

Adding to the ever increasing number of coastal “cracks” is this clearly visible area of open water in the Beaufort Sea: