We asked this question last year, albeit a couple of weeks later. It looks like it is if you only peruse passive microwave visualisations such as this one: 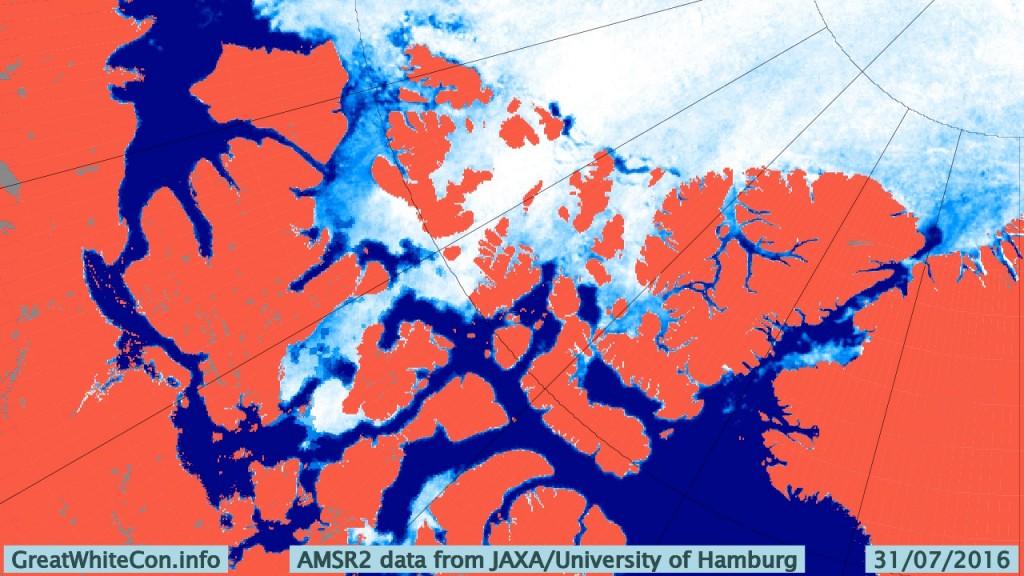 However if you were the captain of a yacht attempting to sail through the Northwest Passage this year you might well have some reservations. For example, the Barrow webcam (currently stuck on July 31st) reveals this: 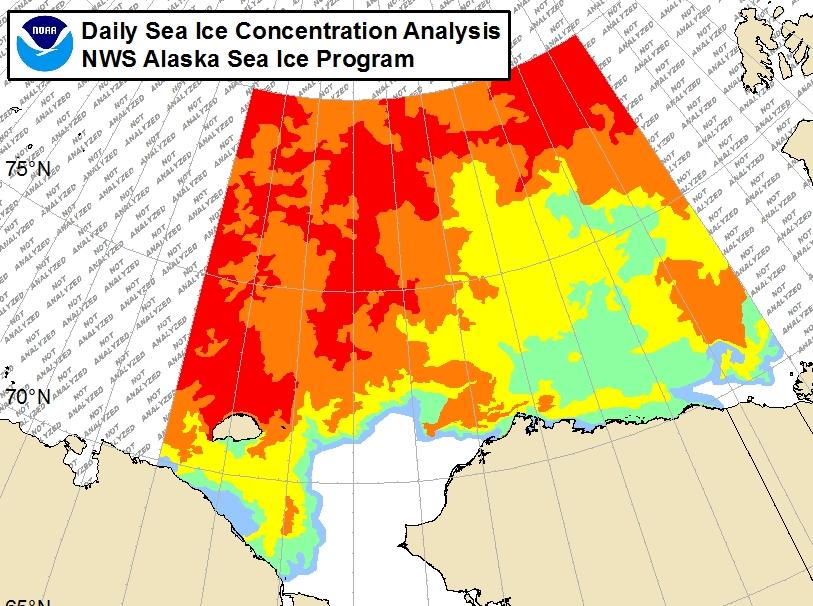 Meanwhile further east the approach to the often troublesome “choke point” of Bellot Strait looks like this from the Suomi satellite:

whilst the associated Canadian Ice Service ice chart looks like this: 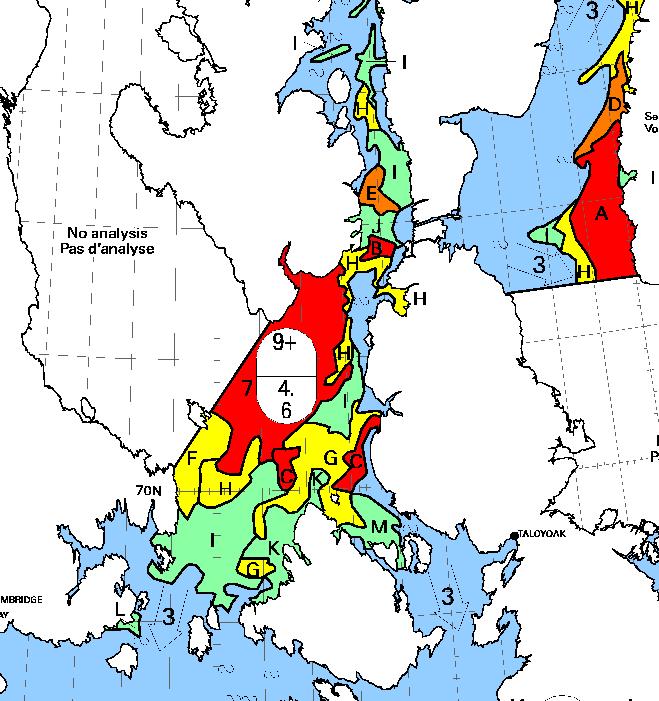 Discretion being the better part of valour, in all the circumstances waiting a day or two longer before casting off might prove prudent: 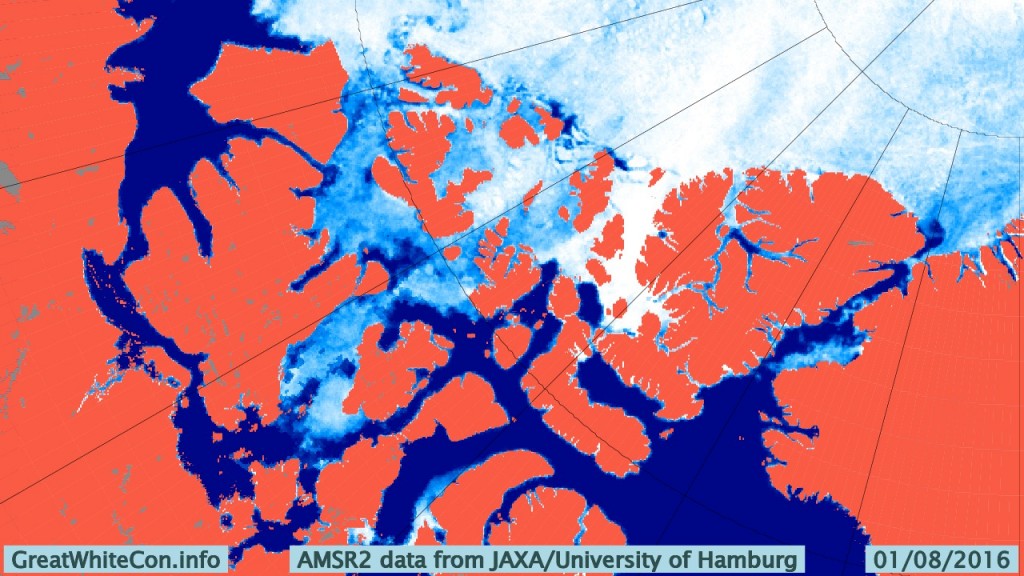 Here’s the CIS chart of the area from yesterday evening: 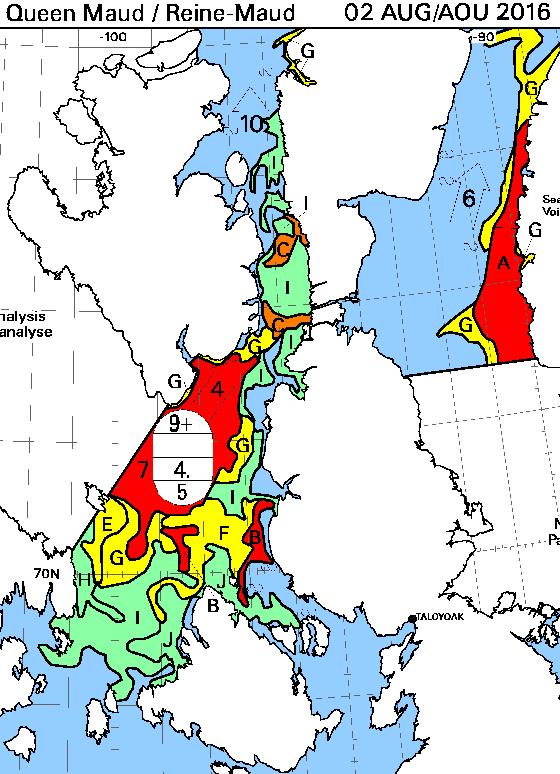 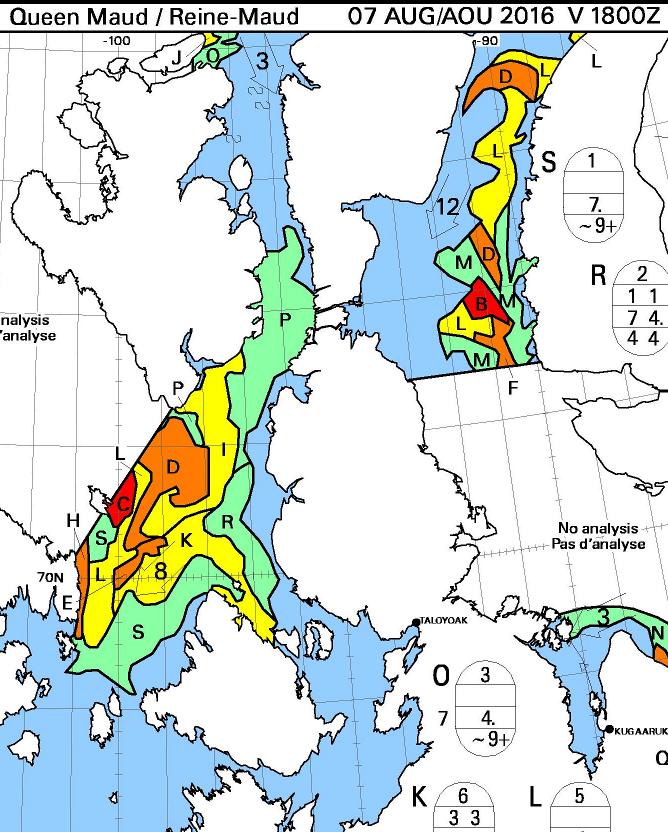 Today there looks to be a route past Gjoa Havn and through Bellot Strait that doesn’t involve negotiating more than 3/10 concentration sea ice. The ice has been pushed back from Point Barrow too, so by my reckoning we can now declare one route through the Northwest Passage “open”, for the moment at least.

A nice clear MODIS image of the Northwest Passage yesterday:

backed up by the CIS ice charts: 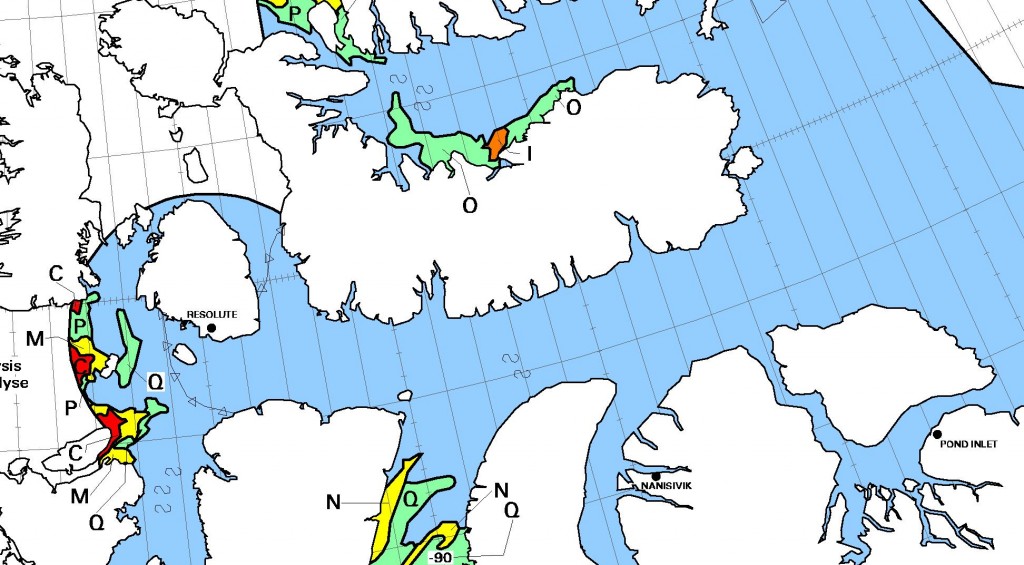 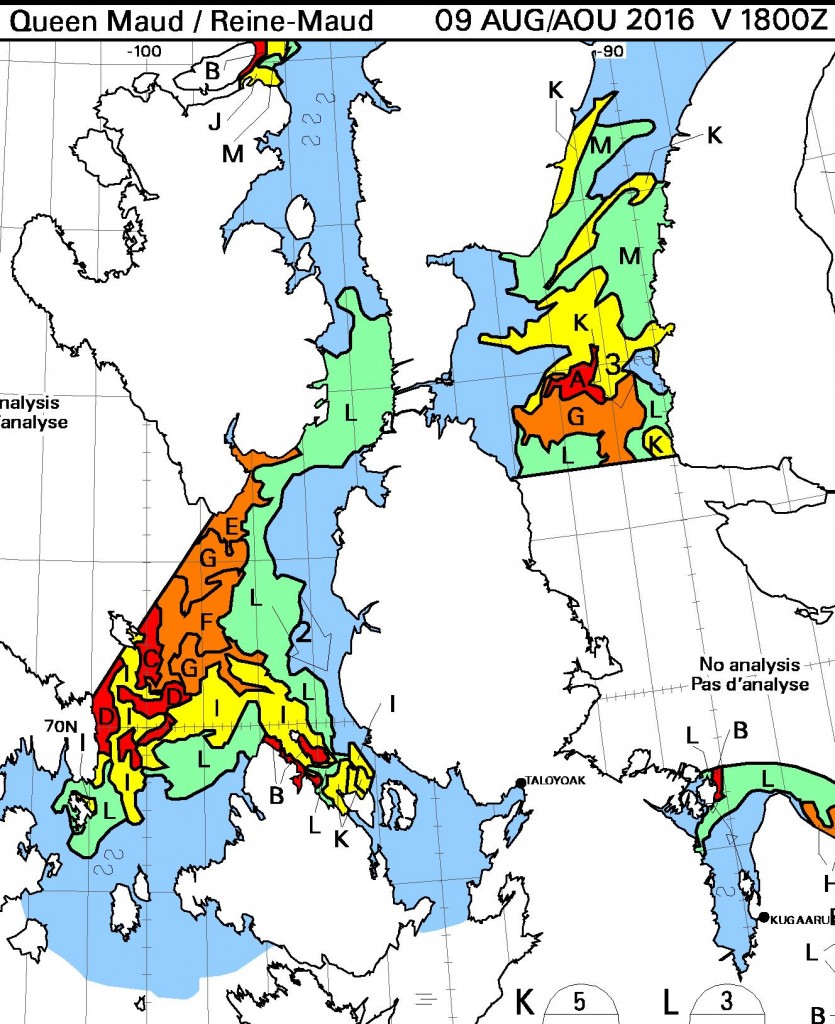 1 thought on “Is the Northwest Passage Open Yet?”