As already mentioned in our February Arctic overview, another storm is brewing. Here is this morning’s weather forecast for Longyearbyen, the capital of Svalbard:

Much like last month, temperatures are above zero and rain is forecast. That’s because once again the current synoptic chart from Environment Canada shows a warm wet flow from way down south over Svalbard and on into the Central Arctic:

Next here’s the current combined wave and swell height forecast for the Svalbard area: 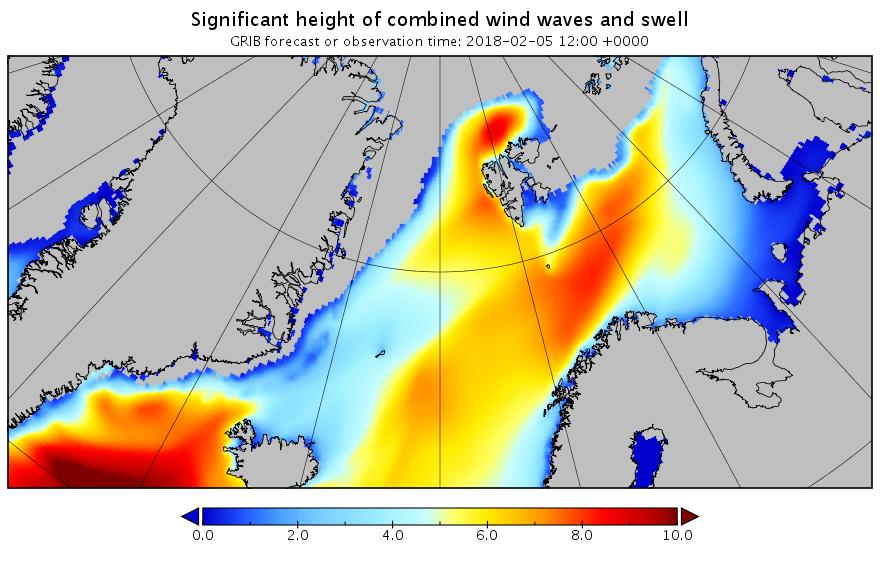 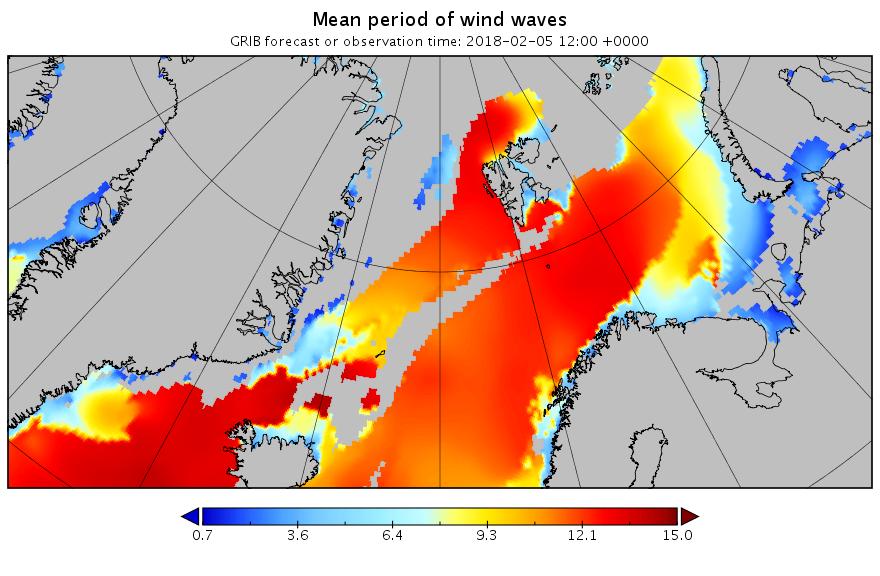 It’s still showing 10 meter waves with a 15 second period north of Svalbard tomorrow lunchtime. Somewhat unusually for the Arctic these aren’t merely giant wind waves. Zooming in on the Fram Strait and breaking out the underlying primary swell reveals: 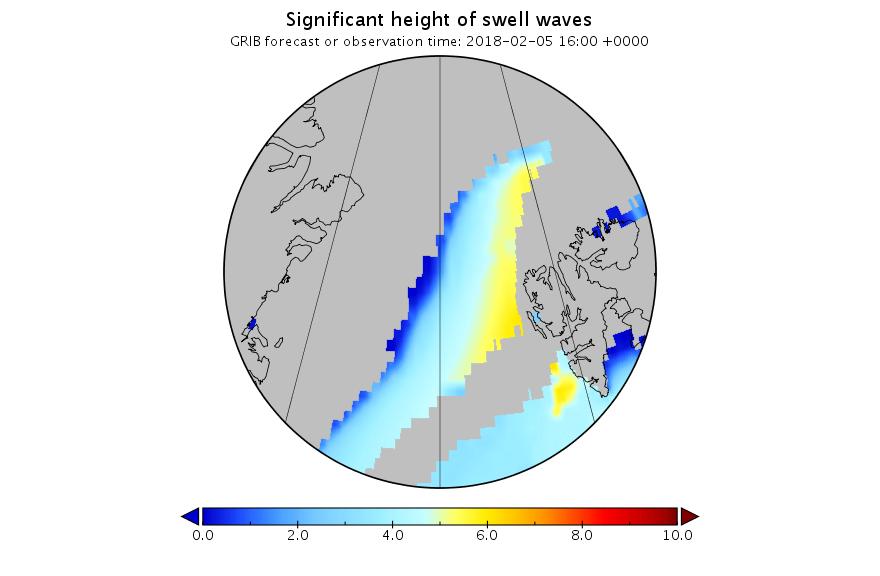 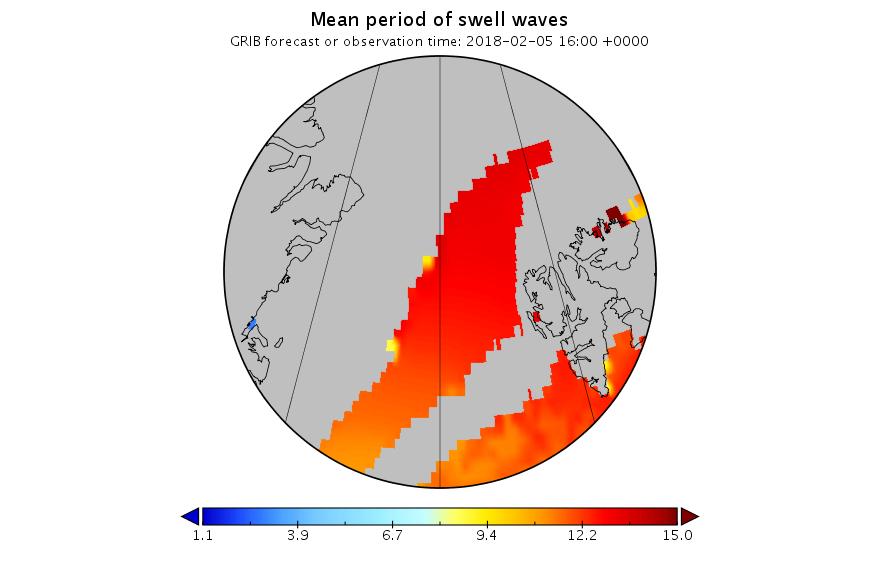 A long distance swell of that magnitude is going to cause some damage.

The current ECMWF forecast for a split polar vortex, courtesy of Ice Shieldz on the Arctic Sea Ice Forum:

This is suggestive of more cyclones to come, but sticking with the current one for now, here is the MSLP chart at 00:00 UTC this morning showing the cyclone’s central pressure has dropped to 952 hPa:

Here too is the current WaveWatch III forecast for 15:00 UTC today: 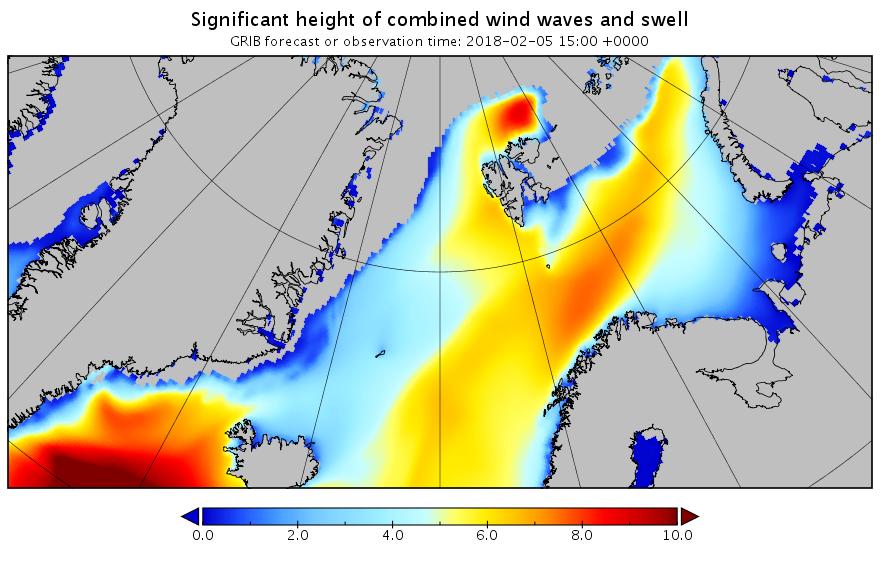 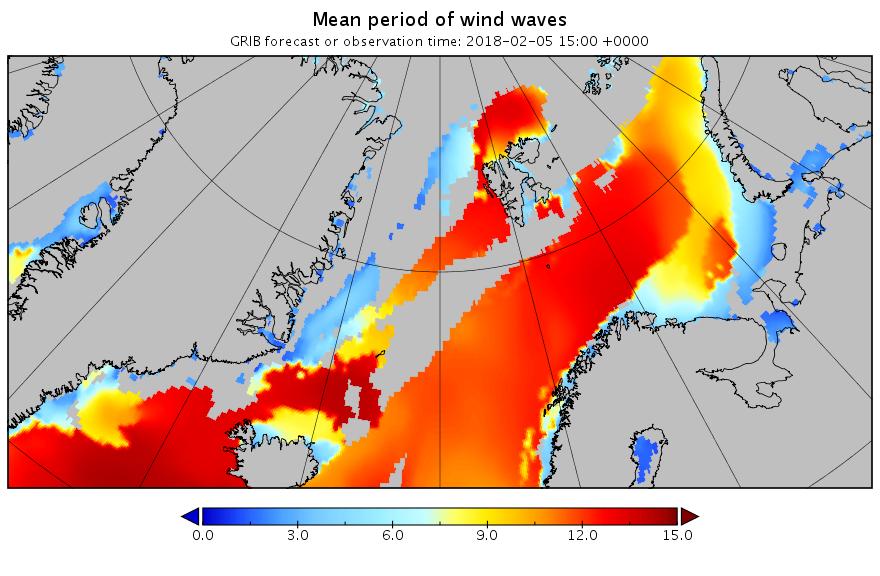 The peak of the swell north of Svalbard is now slightly later than originally forecast, but it’s still enormous!

Here’s a single Sentinel 1B synthetic aperture radar image that captures the position of the ice edge north of Svalbard yesterday quite nicely: 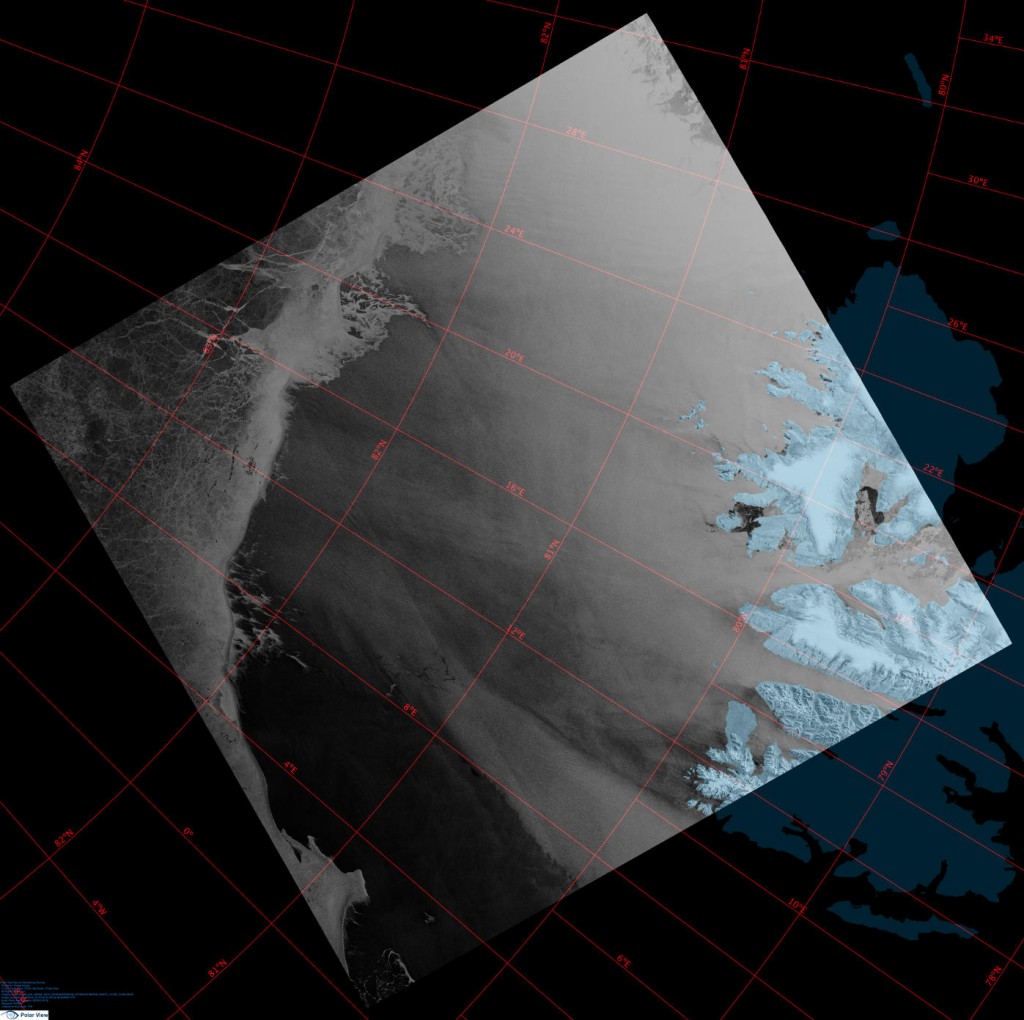 A brief overview of the effect of the recent cyclone on the sea ice in the Arctic via AMSR2: 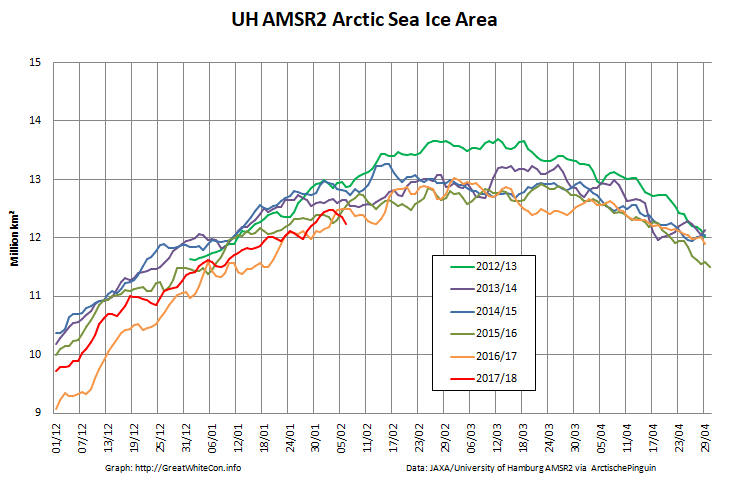 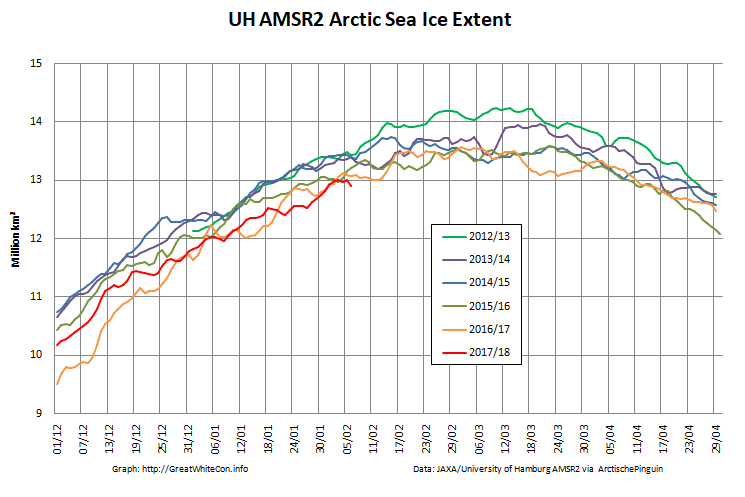 An Arctic wide take via Thomas Lavergne on Twitter:

Your daily update on the "big low entering #SeaIce". The "spin" in motion moves East towards Severnaya Zemlya. Some opening from land there, increased flushing through Fram Strait. pic.twitter.com/q4m1CRhmtS

plus the latest AMSR2 concentration map: 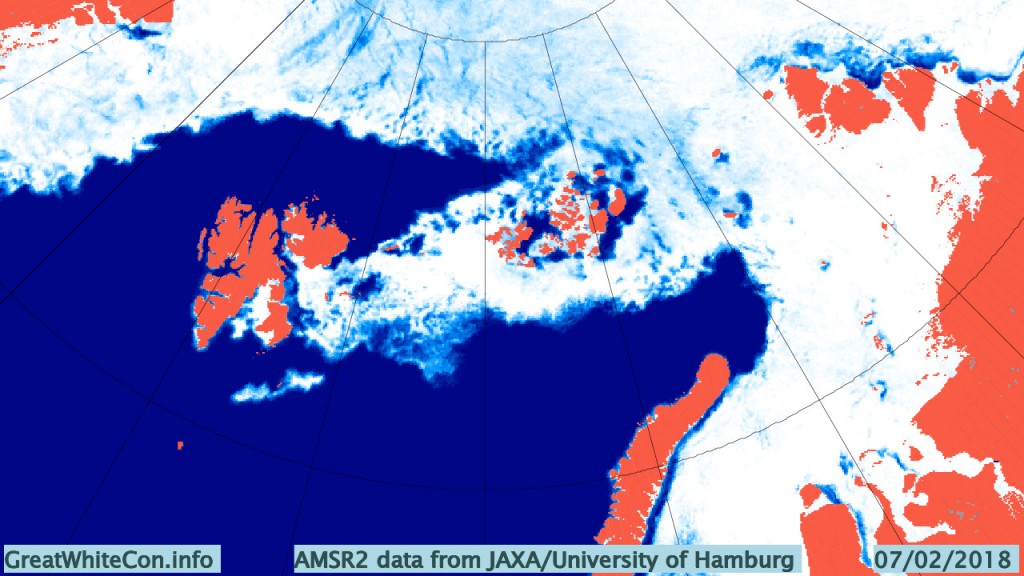 Radar altimetry tells you how far the surface waves penetrate into the #seaice cover. Unfortunetaly via a bias in #Cryosat freeboard information. 😉 pic.twitter.com/OxUTcFH94h

Plus Judah Cohen on the split polar vortex:

GFS wants to keep major #PolarVortex (PV) center over Western Canada after the split and is consistent with predicted westward shift of troughing and #cold across North America but this is not typical following significant PV disruptions. pic.twitter.com/zX7n3rnMpo