In 2017 Antarctic sea ice extent is beating all the records. All flavours of the metric are already below the minimum of all previous years in the satellite record, and it looks like there’s still some more melting left to go. Here’s the NSIDC’s 5 day averaged extent: 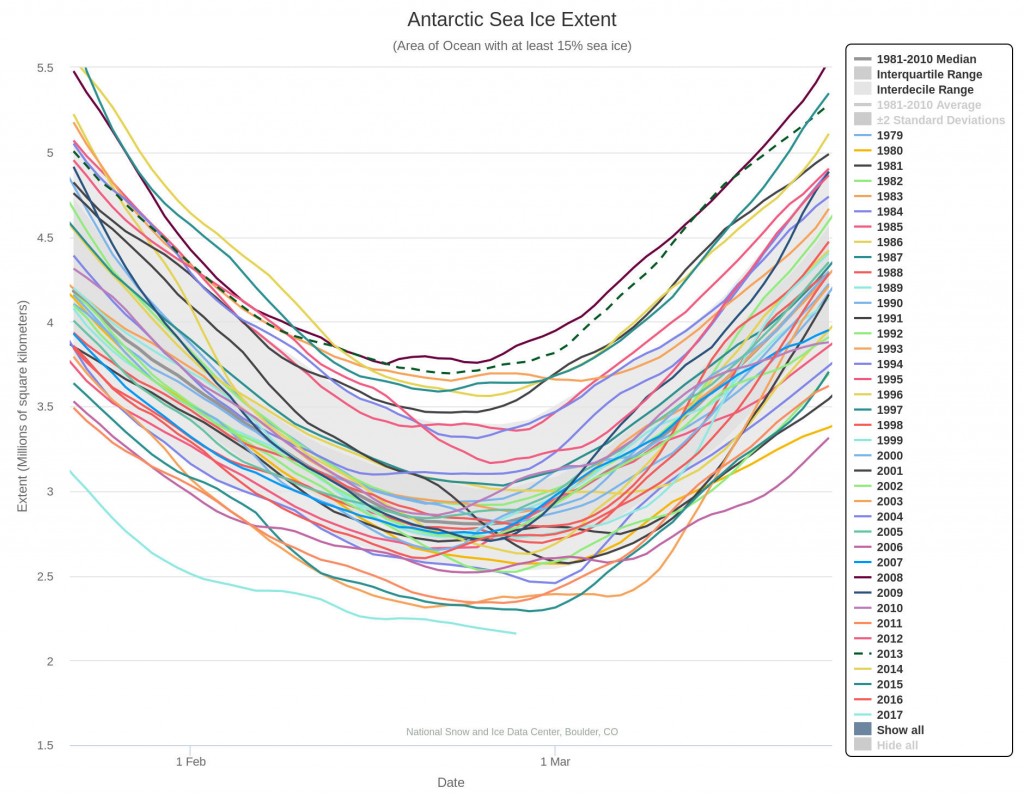 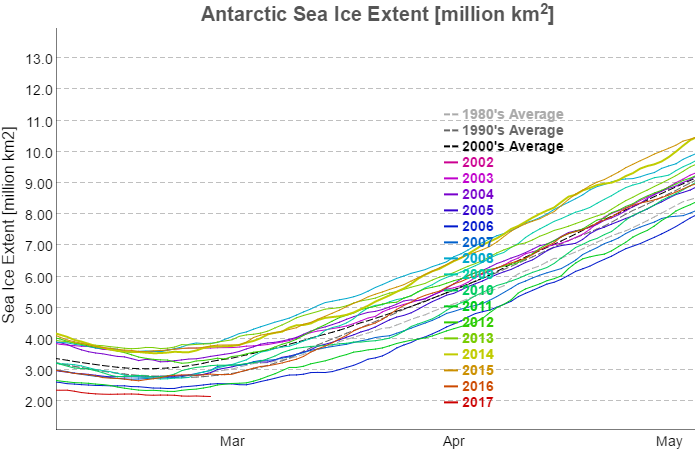 Finally, for the moment at least, here’s the current map of Antarctic sea ice concentration from the University of Bremen: 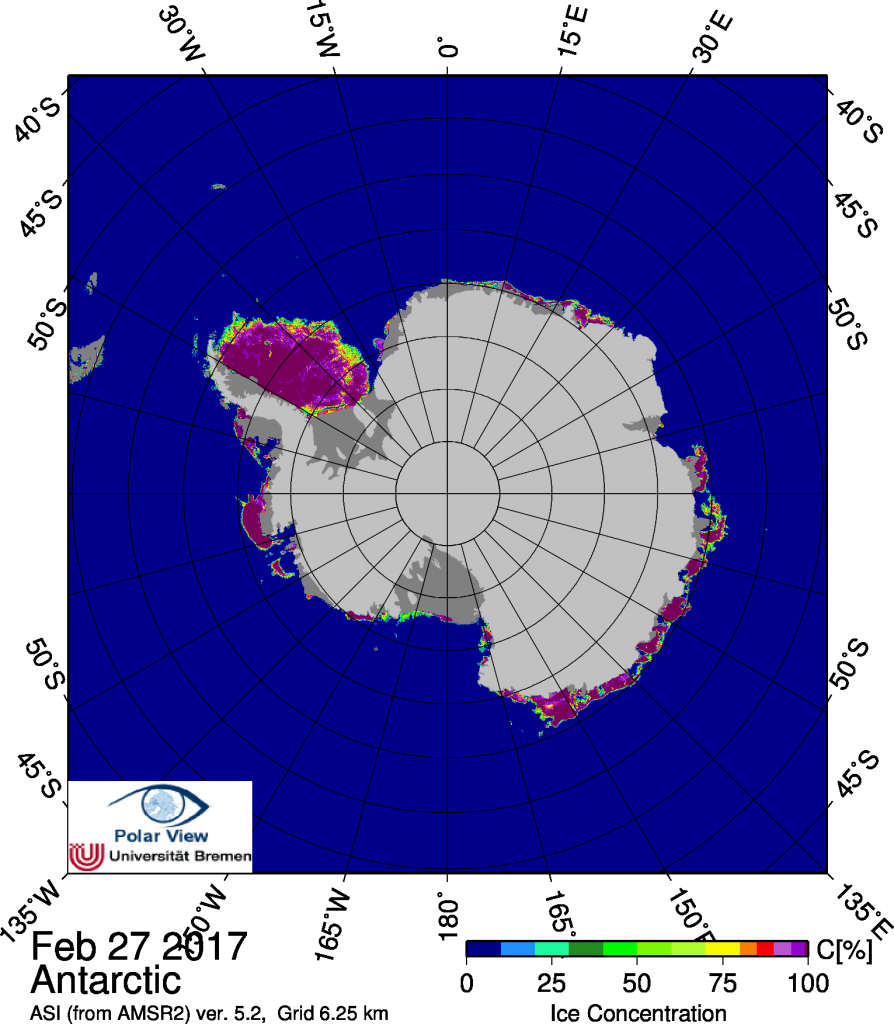 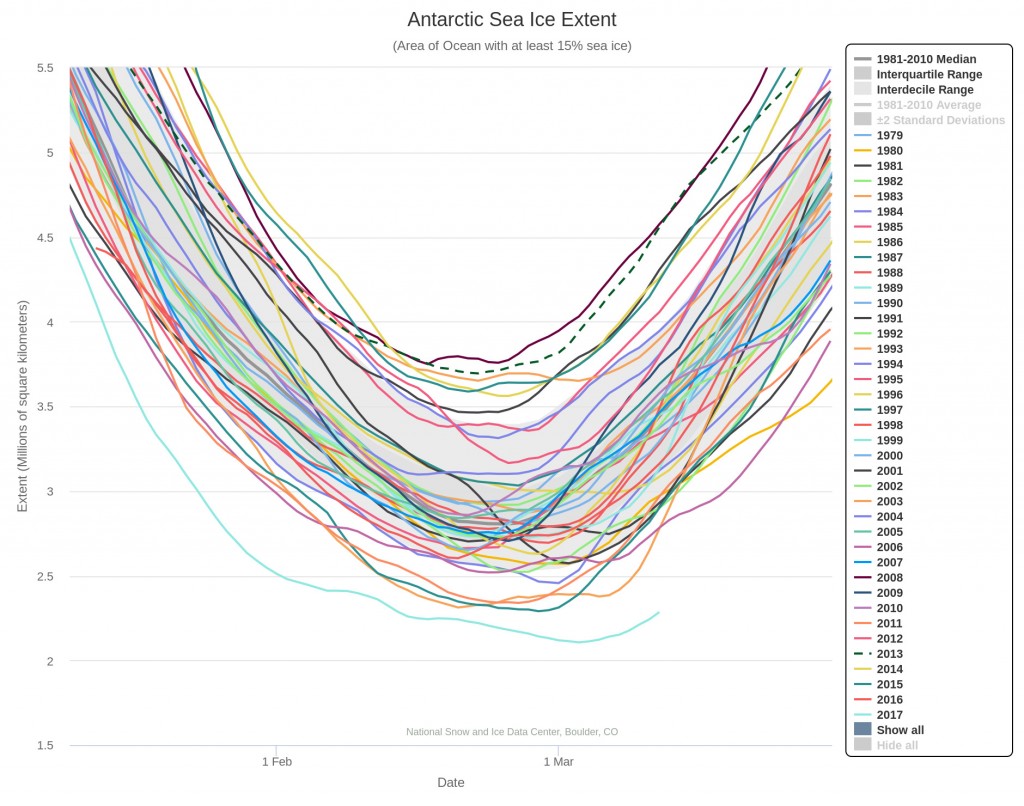 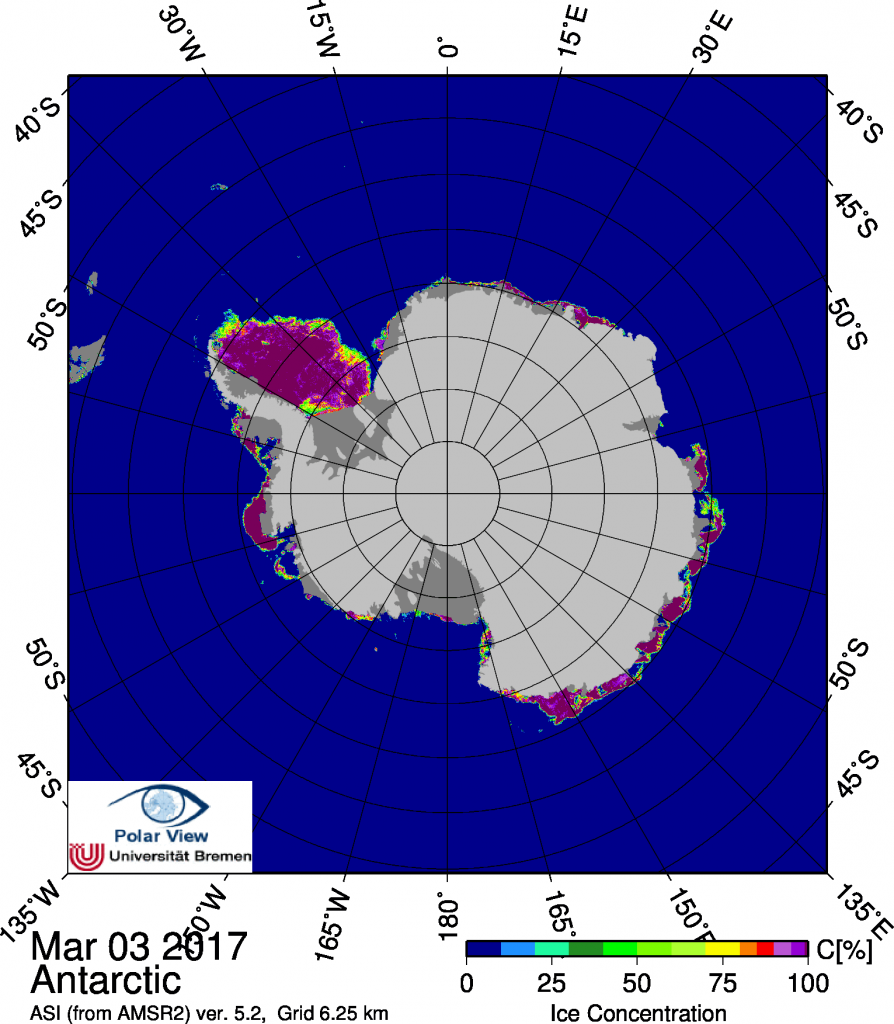