A couple of days ago we explained how Christopher Booker explained that blogger Paul Homewood:

Has drawn on official sources.. to uncover what is actually happening [in the Arctic]

Here is what we typed into the comment section of Mr. Homewood’s blog:

Of course if Mr. Booker were to have considered Arctic sea ice volume he might have thought twice about his “there is even more of it today than in February 2006, and it is also significantly thicker.” remark? 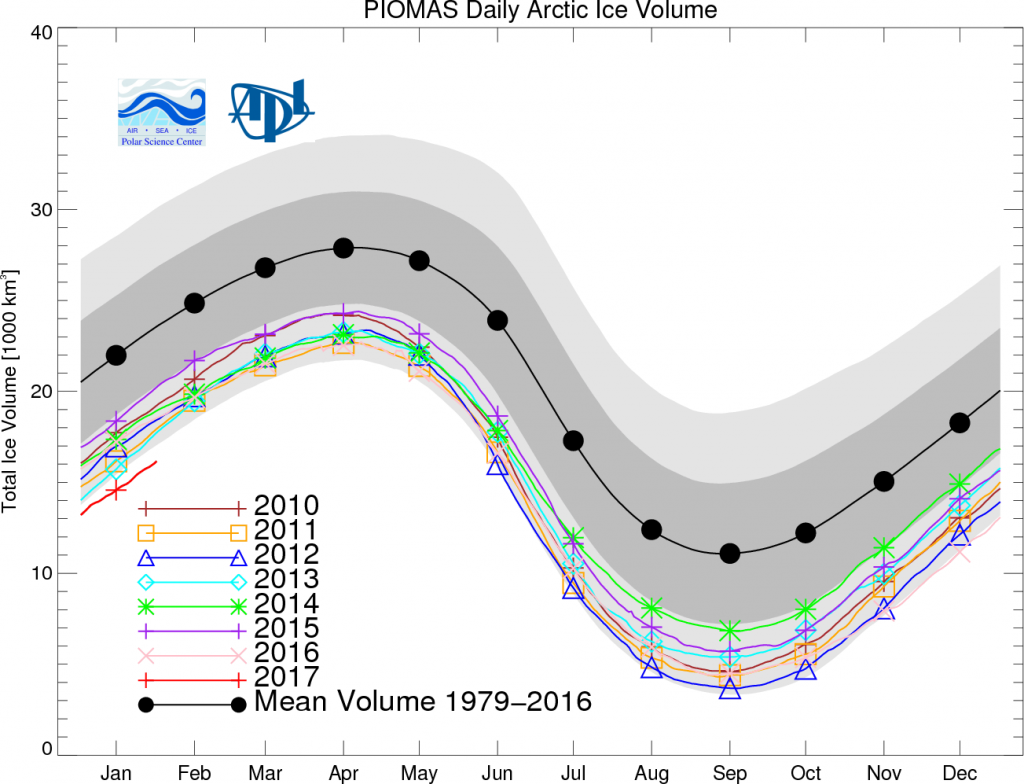 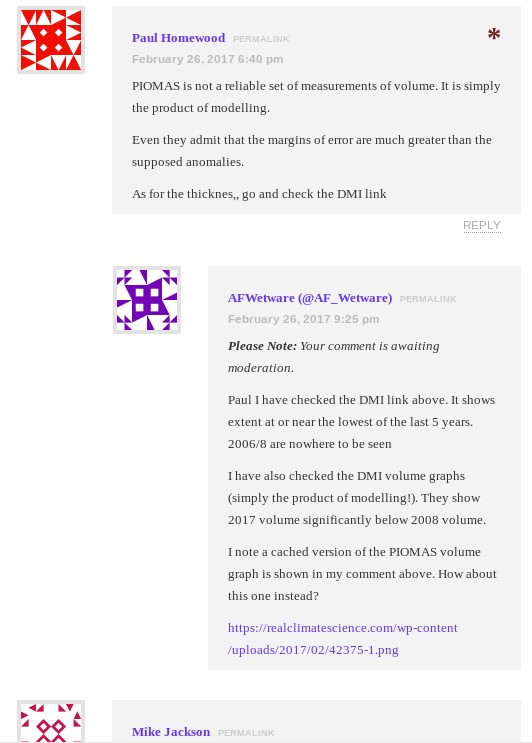 When that failed to make an appearance: 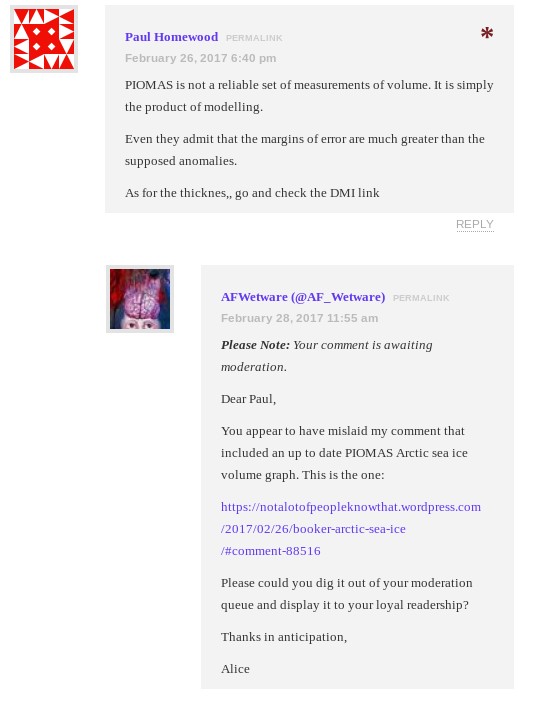 When Ron Clutz sang the praises of MASIE yet again: 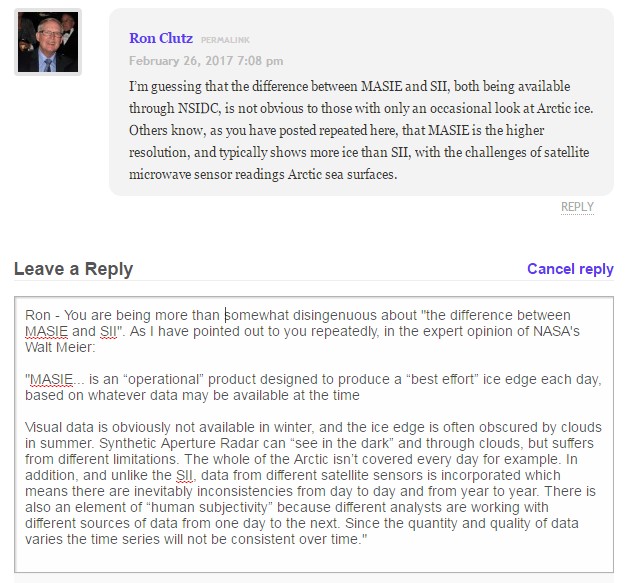 Here is what Paul Homewood cherry picked to publish to his loyal readership: 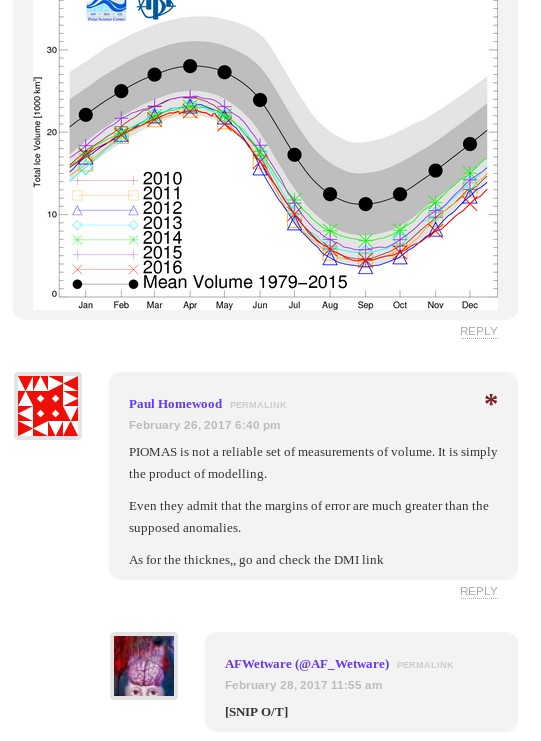 Can you spot the difference? Our juiciest cherries all ended up on Paul’s cutting room floor!

13 thoughts on “Not A Lot Of People Know How Paul Homewood Propagates Fake News About the Arctic!!”