Over the long cold Arctic winter “Wipneus” of ArctischePinguin fame has been porting his northern hemisphere regional sea ice area/extent methodology to cover the South Pole as well. We are pleased to be able to reveal the fruits of his labours on our new regional Antarctic Sea Ice Graphs page. The ultimate source of the information is the University of Hamburg’s sea ice concentration data based on a 3.125 km grid that uses data from the from the AMSR2  instrument on board the Japan Aerospace Exploration Agency’s SHIZUKU satellite. Here’s an overview of Antarctic sea ice area: 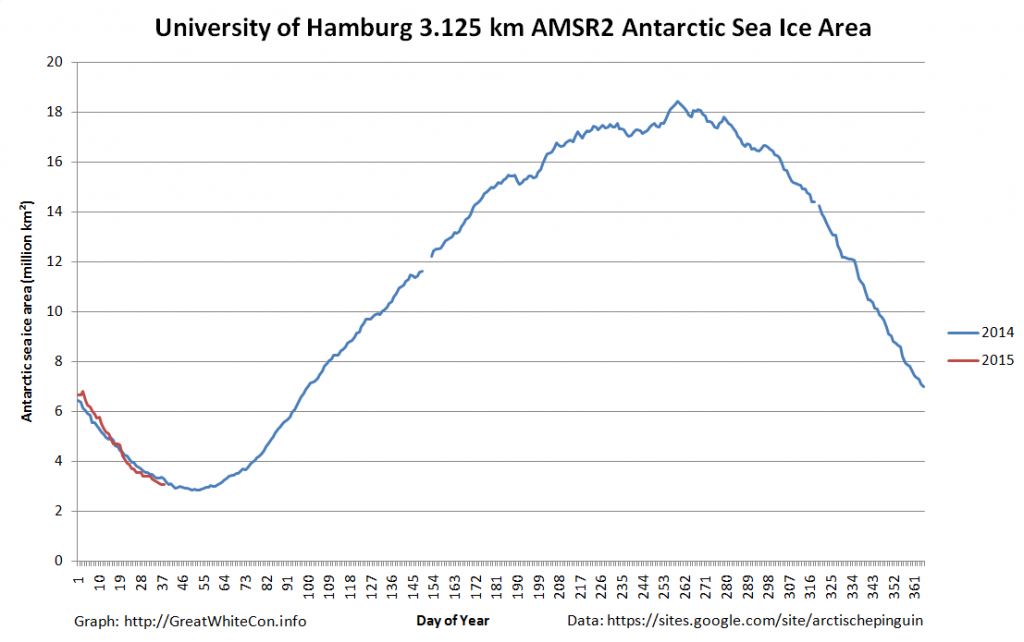 and here’s a close up on the sea ice extent in the Bellingshausen and Amundsen Seas region, where what sea ice there is helps buttress the West Antarctic Ice Sheet: 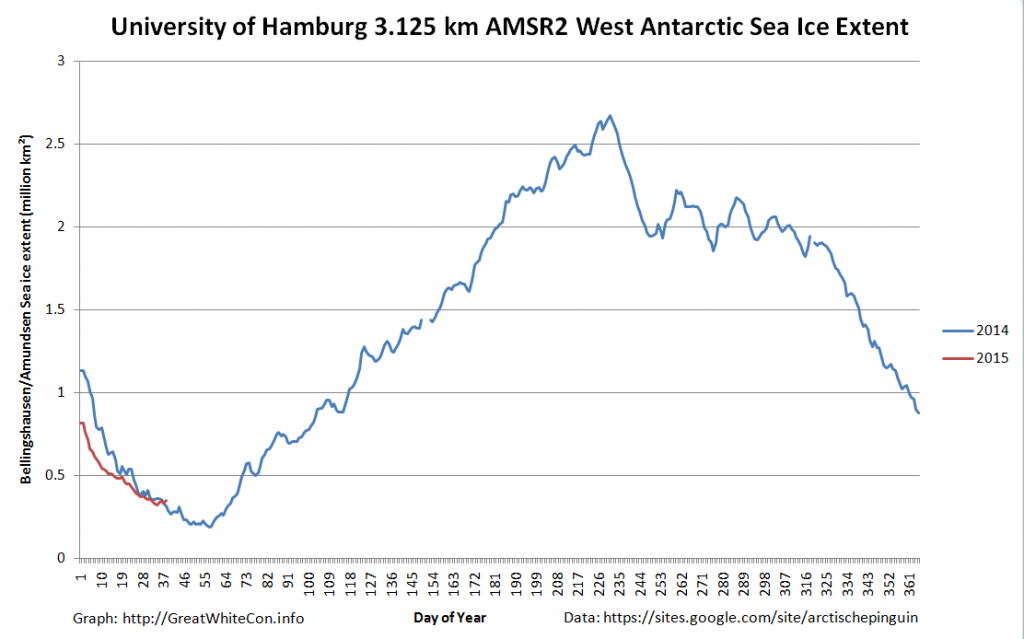 In future we will also be bringing you satellite images from Antarctica. By way of example, here’s the latest “Shock News!!!” from the Antarctic, courtesy of LandSat 8: 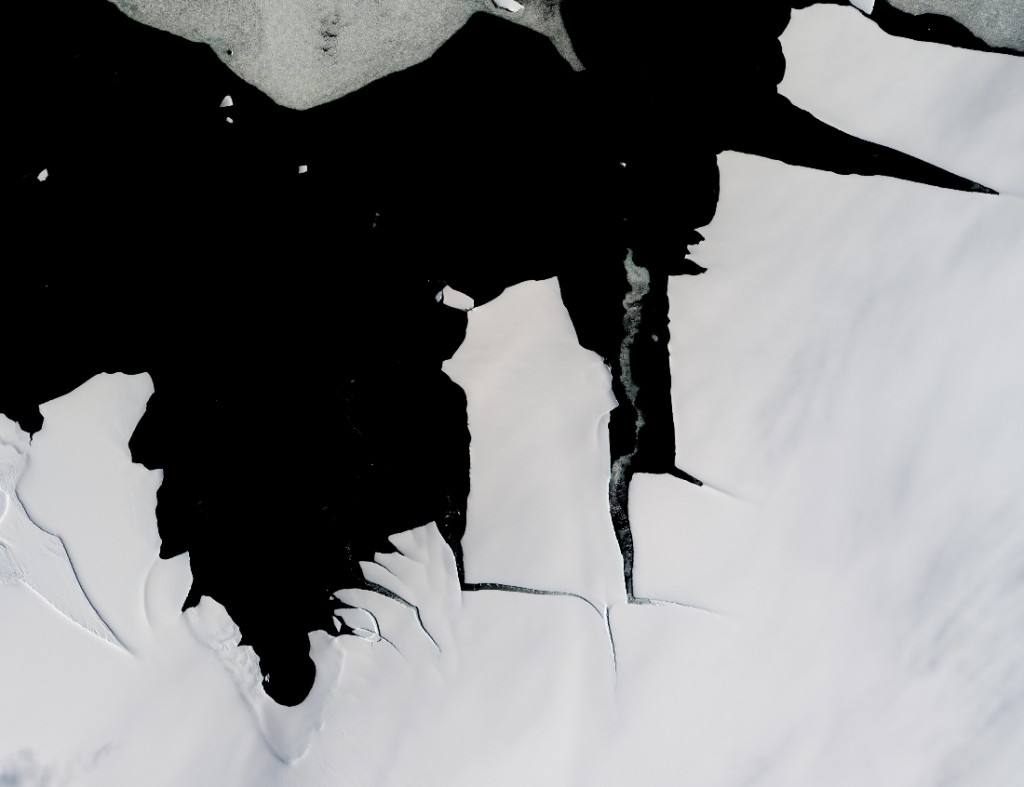 While large icebergs calve regularly from fast-flowing ice shelves in West Antarctica, the coast of cooler, drier East Antarctica tends to be less active. That made it a mild surprise when a 70-square-kilometer chunk of ice broke off from the King Baudouin Ice Shelf in January 2015. The last time that part of King Baudouin calved such a large iceberg was in the 1960s.

and you can track the current position of the latest large chunk of ex ice shelf on their WorldView web site:

Thanks also to “Arcticio” from the Arctic Sea Ice Blog who pointed me in the direction of PolarView, where it was remarkably easy to locate this Sentinel-1A synthetic aperture radar image of the large iceberg in question on January 30th 2015: 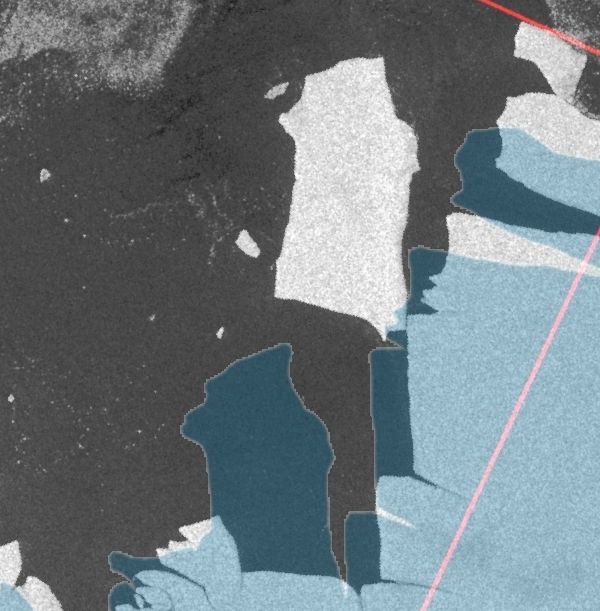