Our regular reader(s) will be all too familiar with the 2015 and 2016 editions of our annual Great White Con “New Einstein” Award. The jury has now finished its deliberations on the 2016 award in a smoke filled igloo just outside the Great White Con Ivory Towers, not far from Santa’s swimming pool. I am pleased to be able to announce that the first prize of the loan of a polar bear suit kindly donated by the Daily Telegraph plus a battered big board from Cotty’s quiver has been awarded to none other than Ben Pile (AKA @clim8resistance) with this extremely witty remark way back when in March 2016:

Here are the initial entrants for the 2017 competition:

1) Mike Haseler, whose Twitter profile tells us that his heart’s greatest desire is a “Scotland free from the EU”. We’ll forgive Mike his minor typo and give him lots of credit for his imaginative use of a cryptic computer programming language to impart a similar message to Ben Pile’s award winning entry last year:

Go forth and multiple
or is that
Forth> : go multiple And ;

2) AndyG55, who is another expert emitter of ad homs in a long line of such creatures on the blog of Tony Heller (AKA “Steve Goddard”).

Over at “Steve’s” recently renamed “Deplorable Climate Science” blog I had the temerity to point out that the deplorable emperor was somewhat scantily clad, having claimed “Over the past nine years, there has been a huge increase in the area of thick Arctic sea ice”: 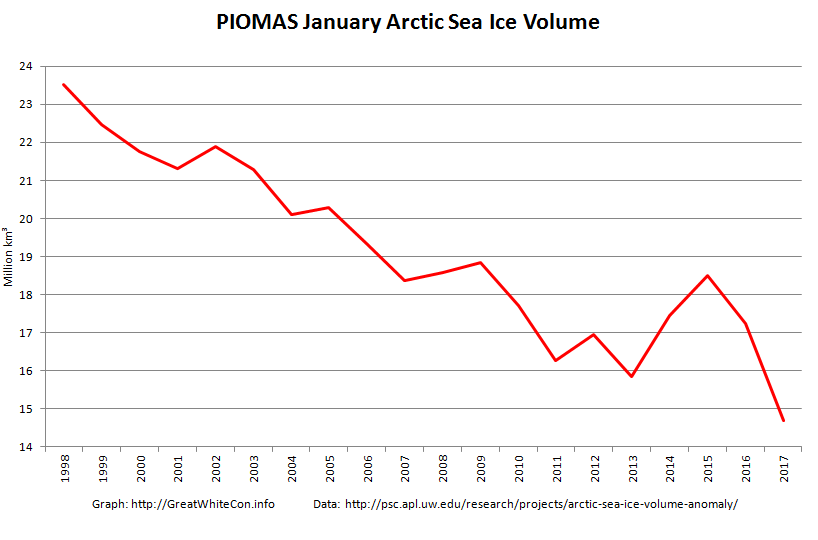 To which Andy wittily responded:

You are starting to look even more STUPID and IGNORANT than usual Jimbo.

Off you trot and get some info on long term Arctic sea ice history from your Exeter bum-chums.

Or are you going to continue to be CLIMATE CHANGE DENIER #1.

3) Gator69, who is another denizen of “Deplorable Climate Science” and a regular entrant in our “New Einstein” contests. In response to my PIOMAS post above, Gator fired back with a by now familiar theme:

Starvation Jim! How many times must I rub your nose in your genocide before you get it? 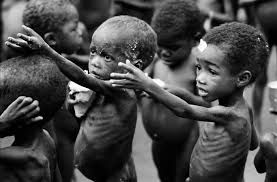 Please feel free to provide feedback to our 2017 jury in the space provided below.