Regular readers adept at reading between lines may already have concluded that here in the Great White Con Ivory Towers we have been surreptitiously organising the world’s first ever Arctic Basin Big Wave Fantasy Surfing Contest (or GWCABBWFSC for short). We are now proud to announce that the long waiting period may now be almost over!

Here is the long range Arctic weather forecast from GFS 192 hours from now (courtesy of MeteoCiel): 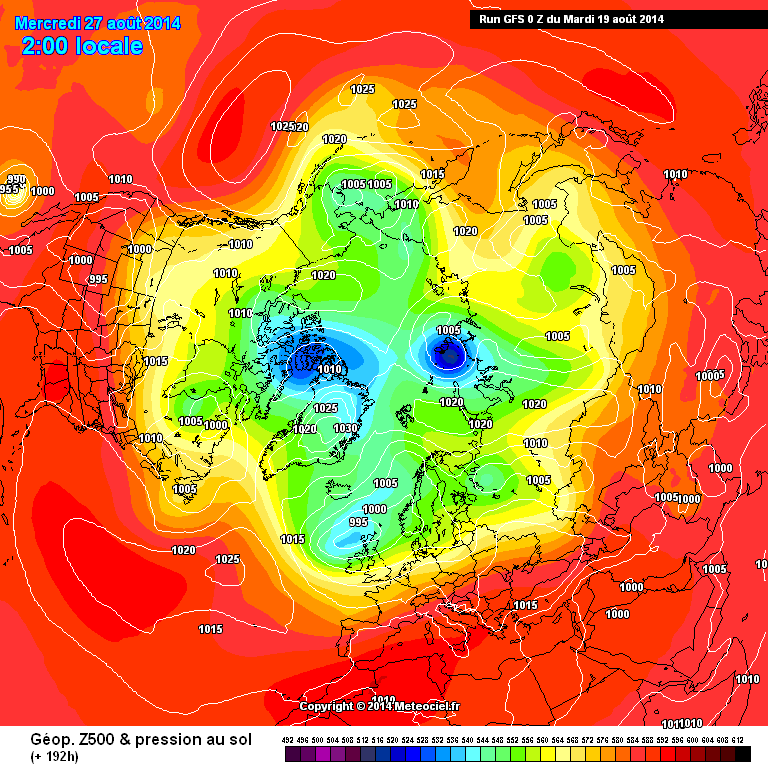 and here is the ECMWF equivalent: 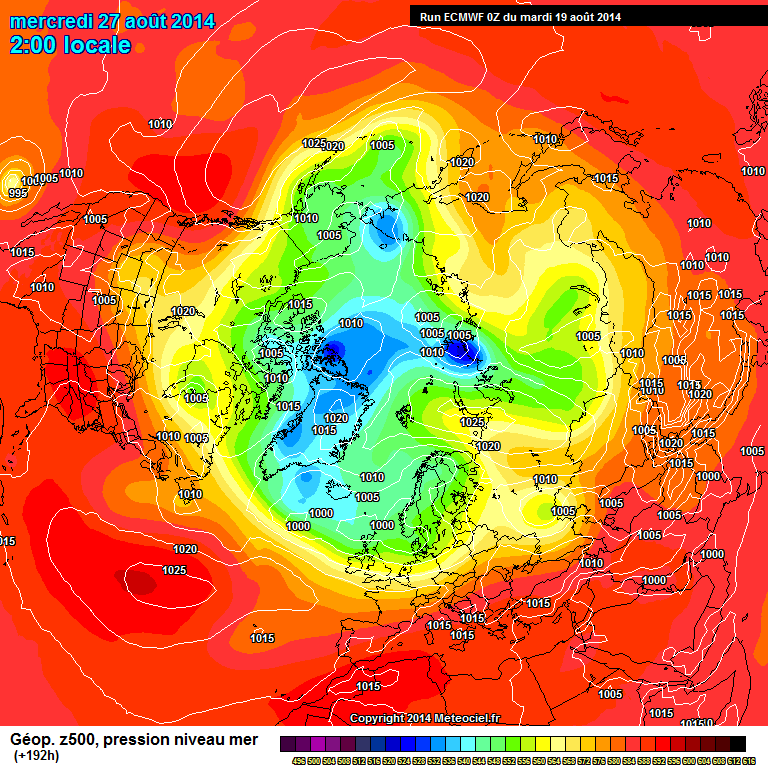 There looks to be a certain amount of agreement there, so now let’s take a look at ECMWF for T+240h: 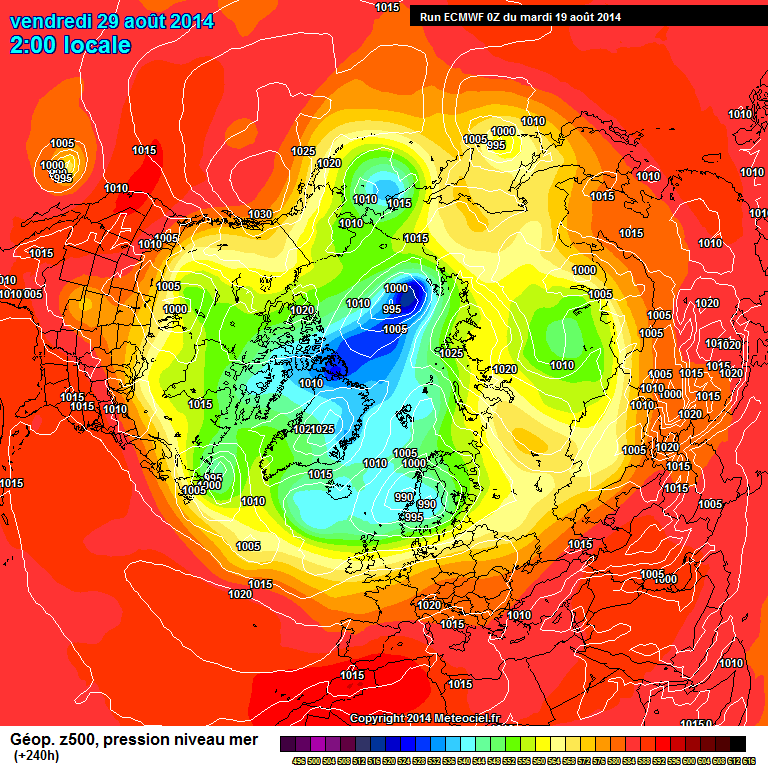 If the forecast pans out (a very big IF this far out!) there’s an Arctic storm brewing with the isobars packed tight over all the open water in the Laptev Sea, pushing the potential swell through the East Siberian Sea and on into the Beaufort Sea before it crashes against the northernmost shores of North America.

taking on the biggest waves ever recorded on camera off Alaska’s North Slope, each clad in their respective sponsors’ thickest, finest neoprene.

The opposing “Great Green Con” team will be composed of volunteers from amongst the serried ranks of fiddlers with the facts on Fleet Street such as Andrew Neil, David Rose and Christopher Booker, all clad in matching Polar Bear suits to keep the cold Arctic waters at bay:

To coin a phrase oft used in this particular portion of the blogosphere:

2 thoughts on “The Arctic Surf Forecast For Late August 2014”