Regular readers may recall that as 2016 began we pondered how “Storm Frank” might have affected the Arctic. Now NASA have published some research into that very topic, entitled ” The Impact of the Extreme Winter 2015/16 Arctic Cyclone on the Barents–Kara Seas”. The paper itself is paywalled, but according to an associated article on the NASA web site:

A large cyclone that crossed the Arctic in December 2015 brought so much heat and humidity to this otherwise frigid and dry environment that it thinned and shrunk the sea ice cover during a time of the year when the ice should have been growing thicker and stronger.

The cyclone formed on Dec. 28, 2015, in the middle of the North Atlantic, and traveled to the United Kingdom and Iceland before entering the Arctic on Dec. 30, lingering in the area for several days. During the height of the storm, the mean air temperatures in the Kara and Barents seas region, north of Russia and Norway, were 18 degrees Fahrenheit (10 degrees Celsius) warmer than what the average had been for this time of the year since 2003.

The extremely warm and humid air mass associated with the cyclone caused an amount of energy equivalent to the power used in one year by half a million American homes to be transferred from the atmosphere to the surface of the sea ice in the Kara-Barents region. As a result, the area’s sea ice thinned by almost 4 inches (10 centimeters) on average.

At the same time, the storm winds pushed the edges of the sea ice north, compacting the ice pack.

Here’s a video with commentary by Linette Boisvert, lead author of the paper:

As a result of this cyclone, the concentration of the sea ice in the Barents and Kara Seas decreased by ten percent, and the sea ice edge moved northward. The loss in sea ice area during this time was equivalent to the size of Florida. Sea ice extent stayed low throughout the month of January with large parts of the Barents and Kara Seas remaining unseasonably ice-free, which probably helped contribute to a record low Arctic sea ice maximum.

Somewhat earlier than last year another strong cyclone has been having a similar effect on the Arctic over the last week. A cyclone entered the Central Arctic via the Fram Strait, reaching a minimum central pressure of 954 hPa on November 14th: 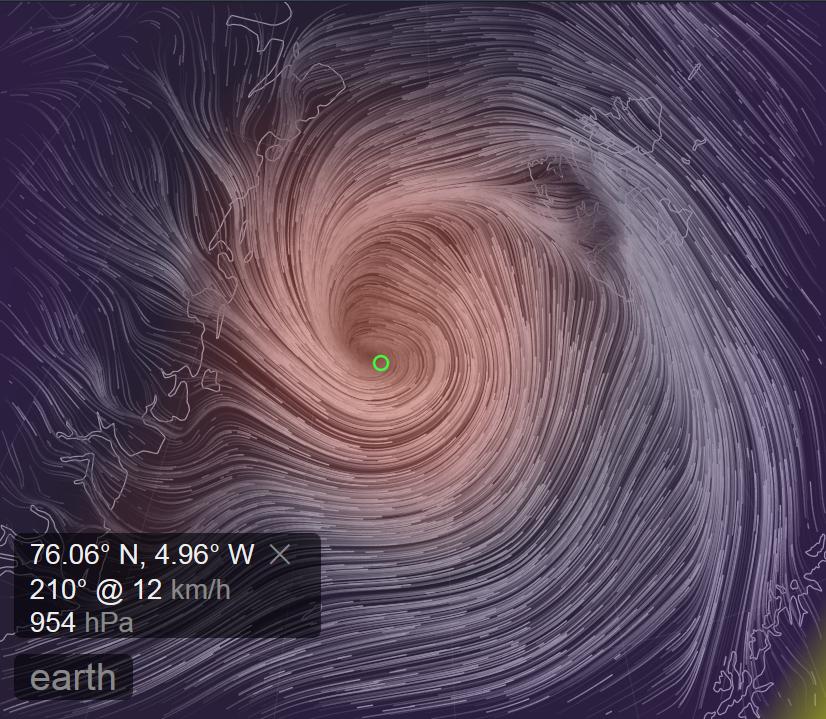 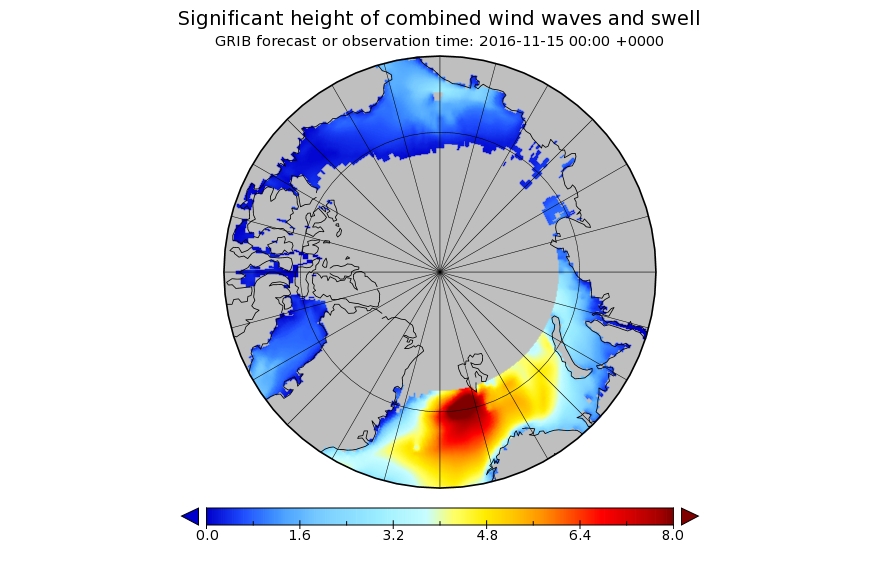 and here is NOAA’s temperature anomaly reanalysis for November 16th 2016:

As a consequence of the strong winds, huge waves and 20 degrees Celsius temperature anomaly across much of the Arctic, sea ice area has been falling during a period when it is usually increasing rapidly: 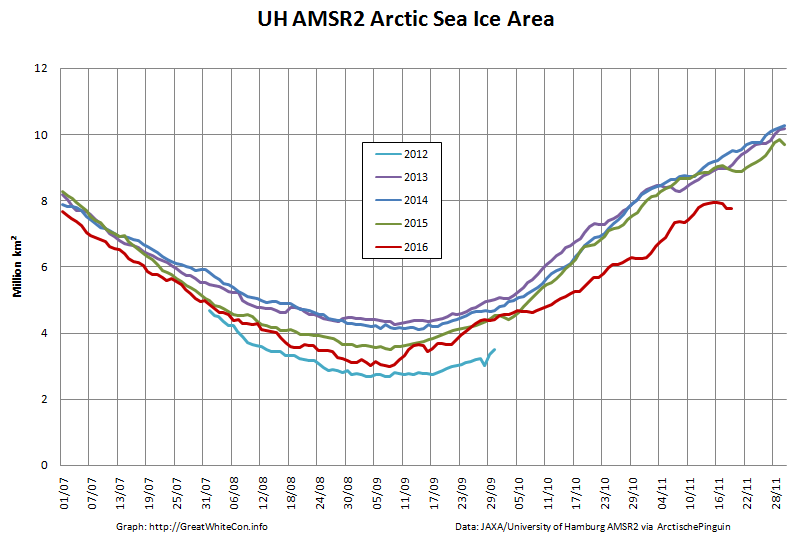