It is if you believe Tony Heller, which I humbly suggest is not a particularly wise course of action at the best of times. In his umpteenth article on Northabout’s Great Adventure over the last four days he dares to take your humble scribe’s name in vain as he loudly proclaims:

“Jim Hunt Egging The Ship Of Fools On To Disaster”

I cannot help but think that sorting the wheat from the unReal Scientific chaff will be required as the “debate” proceeds, and so:

Jim Hunt (and Blowtorch Reggie) are egging the ship of fools on to disaster, telling them that the ice is receding. And the intrepid fools are listening to them.

It has been persistently cloudy in the Northeast Passage, and the ice is not melting.

The ice edge has pushed back slightly due to winds. 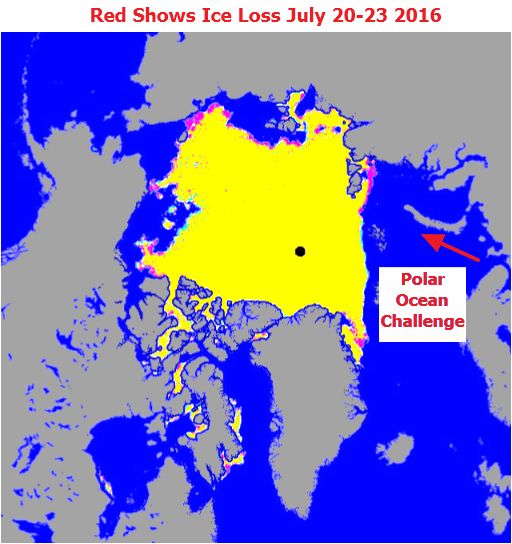 The animation below shows how the wind has shifted the ice over the last couple of days, and how the route is blocked with hundreds of miles of 1-2 meter thick ice.

Reggie also egged the 2013 Arctic rowers on to near disaster, before they had to abandon their boat. 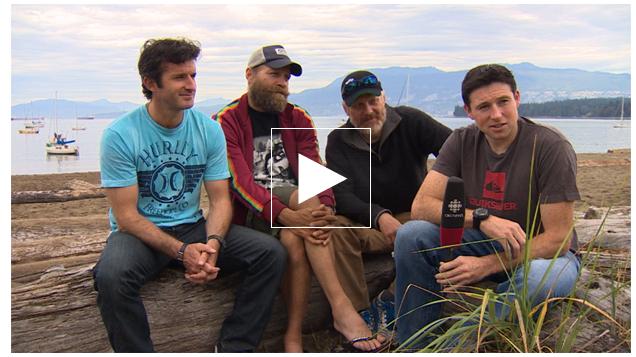 Thanks for the heads up on Twitter Tony. However for some strange reason I seem to be unable to post a witty riposte 🙁

I explained about the winds to all and sundry two days ago. In case you missed it see:

Now please explain to me precisely how “Snow White” is “egging on” anybody by posting the satellite visualisation that you have kindly reproduced above?

It does after all reveal that the ice edge at the Kara Sea end of the Vilkitsky Strait has recently receded, as predicted.

They aren’t going anywhere without an icebreaker. Why are you giving them false hope?

I’m not “giving them false hope”. I’m reporting on some interesting (IMHO) Arctic facts, as per usual. In this instance it seems a few other people find them interesting also.

It seems we’re all agreed that “The ice edge has pushed back slightly due to winds” since your map above shows that too, albeit with reduced resolution?

FYI “Snow White” is sobbing uncontrollably into her snow white hanky as we speak. She’s still blocked by “Steve Goddard”

I don’t think you are blocked any more.

.@SteveSGoddard I fear @GreatWhiteCon is on her 4th hanky. Between sobs she asked me to pass this message on to you: https://t.co/aNaMroeB5Y

Whilst we’re on the subject, I thought you were of the view that those who block polite enquirers on Twitter are “probably attempting to pull off a Michael Mann sized fraud on the public.”?

Have I inadvertently misunderstood your point?

Another day has dawned and still no answer, so at the risk of repeating myself:

Please explain to me precisely how “Snow White” is “egging on” anybody by posting the satellite visualisation that you have kindly reproduced above?

Perhaps you prefer the wording of today’s update?

Apart from another AMSR2 image there’s a nice little video of dolphins playing around in the sea ice free Barents Sea!

At least the crew of “The Ship of Fools” appreciate “Snow White’s” cool humour:

“Please explain to me precisely how “Snow White” is “egging on” anybody by posting the satellite visualisation that you have kindly reproduced above?”

Or in today’s update for that matter.

1) Write a snappy (if inaccurate) headline

5) Not too surprising that Jim Hunt’s web site is titled “GreatWhiteCon”?

“Steve” remains strangely silent, but my old mate AndyG cannot resist the temptation to chip in with:

DECEIT from the very first page.

Nothing whatsoever of substance Andy. Par for the course.