Over on the (un)Real Science blog this morning Steve/Tony proudly explains “Why Arctic Ice Extent Is Up Over 60% In The Last Two Years“.

Needless to say we are unimpressed by the following explanation: 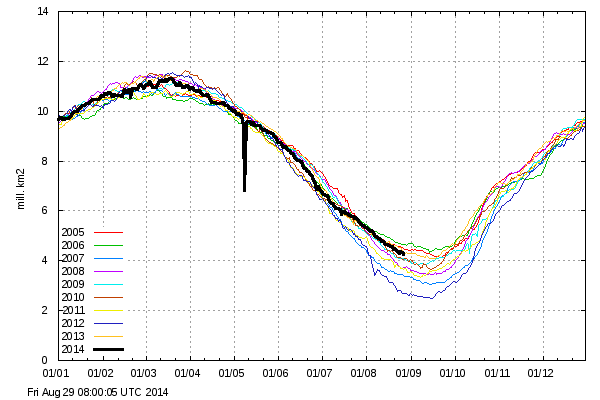 My methodology is similar numerically to DMI’s, I used maps from the Japan Aerospace Exploration Agency to generate the map below. Green shows ice gain since the same date in 2012, and red shows ice loss. My calculation shows a 64% increase in ice, almost identical to the calculations from DMI.

A favorite comment from alarmists is “the increase in ice extent is meaningless, because the ice is getting thinner“

They have it exactly backwards. The reason why ice extent is up, is because the ice is thicker.

@SteveSGoddard #Arctic #SeaIce coverage has shrunk by 1.6% over the last year, using your methodology at least. pic.twitter.com/VoBoJrhIQR

Where’s your evidence that “the ice is thicker”? Thus far such evidence is conspicuous only by its absence in these hallowed halls.

Where’s your evidence that it isn’t?

Mind you I’m not the one proudly proclaiming “ice extent is up, because the ice is thicker.”. Steve/Tony is, but for some strange reason he provides visualisations of extent and age but not thickness!

Lets put it another way. Age of the ice is a proxy for ice thickness. But, if you don’t believe in proxies, just tell us.

Les – If you believe in proxies then PIOMAS Arctic sea ice volume for April 2014 was less than April 2012.

If instead you prefer the evidence of your own eyes then perhaps you can explain where all that red stuff in the Beaufort Sea in Steve/Tony’s animation has gone? 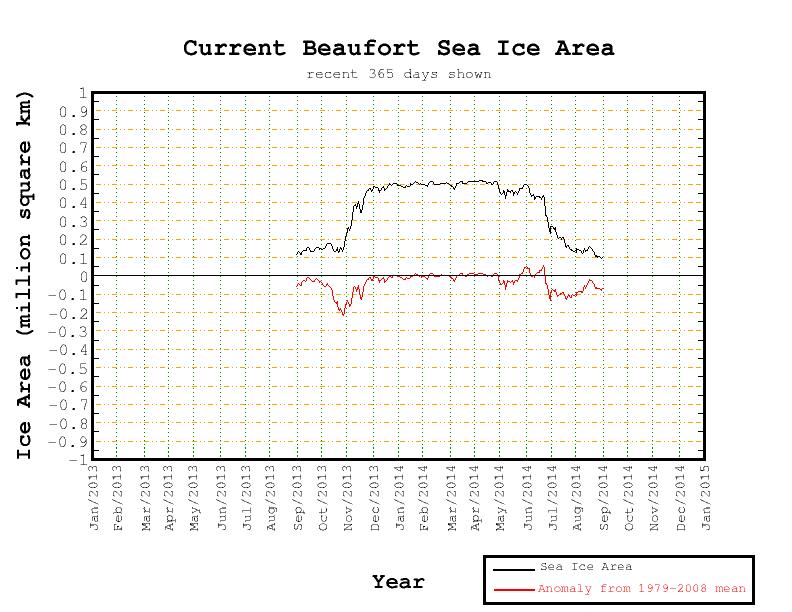 If “older, thicker ice is moving towards Alaska” then it looks like it’s melting there, not “accumulating”.

“NRL does not warrant or represent this INFORMATION is fit for any particular purpose,”

Anything/Gail/Sophie – Do you have any idea what this is? 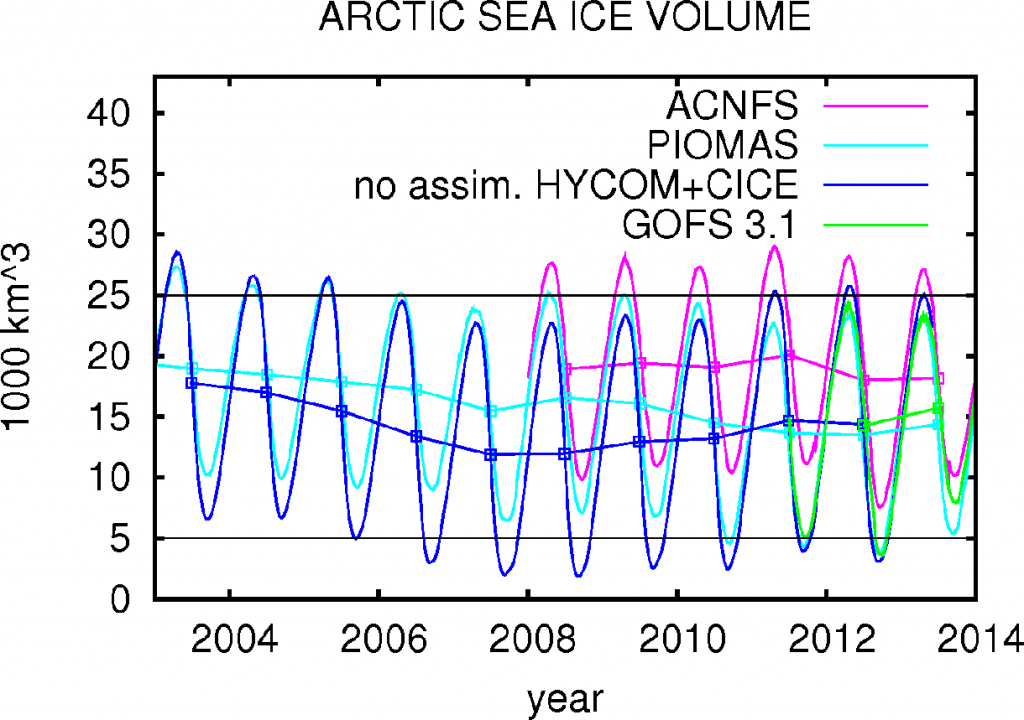 Here’s a quick summary for people who aren’t following.

SG makes a post comparing 2012 and 2014. Jim argues with SG’s claim of thicker ice by comparing 2013 extent to 2014. When that gets called out, he shows the same silly 2014 plot that has no 2012 plot to compare to…still no valid comparison. After some back-and-forths and tangents, he brings up PIOMAS. When asked to compare thickness in PIOMAS 2012/2014, he avoids the question (twice).

Here’s a quick summary for you Scott: 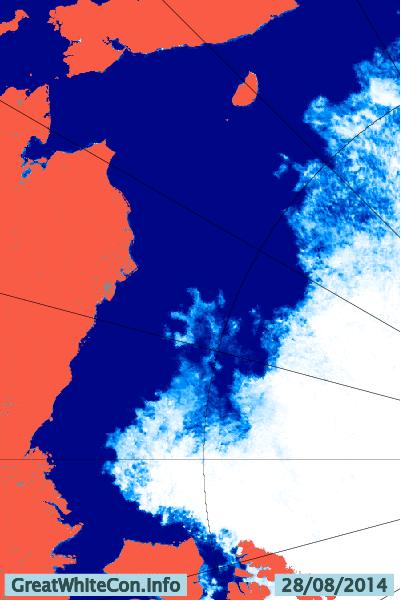 Where’s all the “older, thicker ice in the western Arctic” that SG keeps referring to hiding?

Thank you for your kind words Scott.

I haven’t “chosen a metric”. I have nonetheless already shown you one comparison with 2013, using TH’s very own “metric”. To complete the story, and at the risk of repeating myself once again, perhaps you can explain where all the “older, thicker ice accumulating on the Pacific side” that TH keeps referring to is hiding?