We proudly present some “Shock News” concerning a disappearing comment of ours on the “Watts Up With That” blog.

According to the April 2014 edition of the NSIDC’s Arctic Sea Ice News:

The percentage of the Arctic Ocean consisting of ice at least five years or older remains at only 7%, half of what it was in February 2007. Moreover, a large area of the multiyear ice has drifted to the southern Beaufort Sea and East Siberian Sea (north of Alaska and the Lena River delta), where warm conditions are likely to exist later in the year.

We thought we’d point out to any interested WUWTers that actually warm conditions have existed in the southern Beaufort Sea and East Siberian Sea for quite some time now. However it appears as if the powers that be in WattsLand had other ideas:

I think we need to pay less attention to 2 meter surface temperatures, and more attention to the temperature of the sea. Any time a polynya forms the sea is getting severely cooled by churning winds. Also the ice that has been moved south is going somewhere. In the case of Baffin Bay it was surging south right along the coast of Labrador and out into the Atlantic, creating above-average ice-extents in an area adjacent to the Gulf Stream. 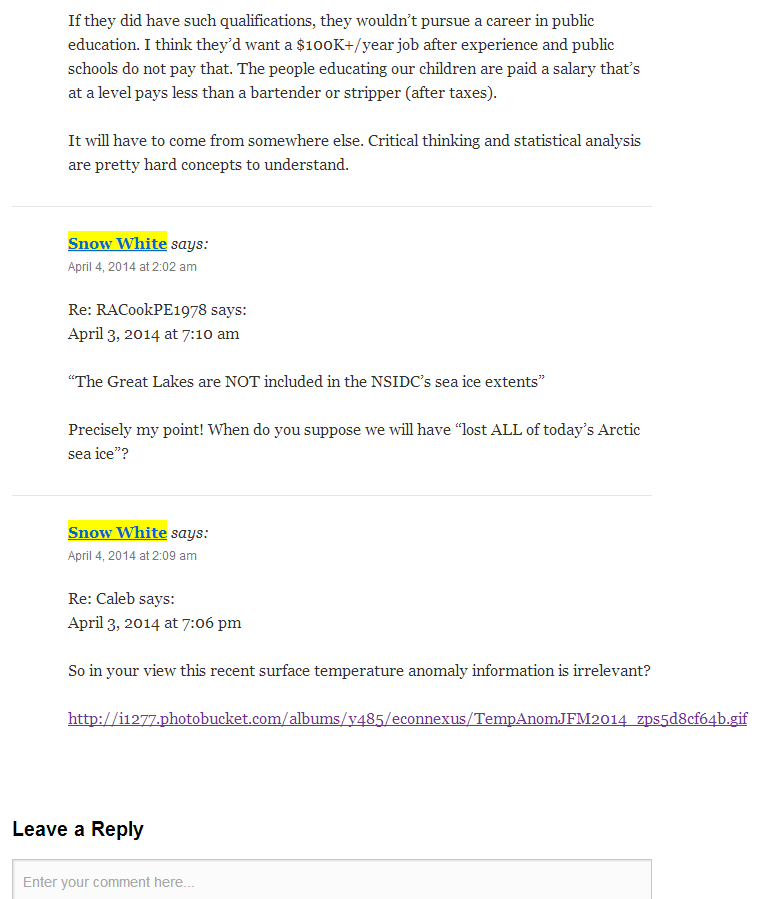 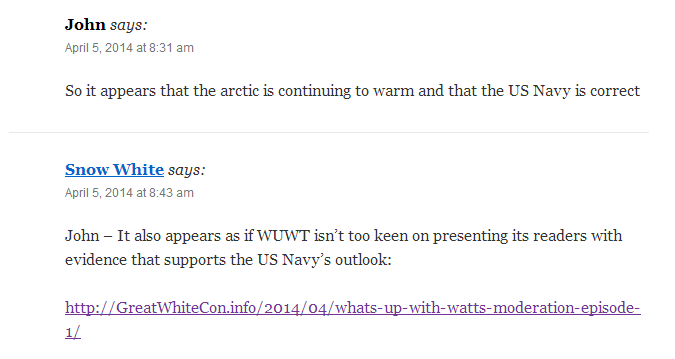