According to a comment on the Arctic Sea Ice Blog 2019 has been:

Another year with a climate change research ship stuck in the vanishing Arctic ice .The NWP barely open.

The reality? The MS Malmö isn’t a “climate change research ship” at all. According to the web site of  Arctic Wildlife Tours it is:

A homely ship of maritime historical dignity” which “has been listed as a traditional ship of cultural value since 2004:

However according to our old friend Paul Homewood‘s web site:

Arctic tours ship MS MALMO with 16 passengers on board got stuck in ice on Sep 3 off Longyearbyen, Svalbard Archipelago, halfway between Norway and North Pole. The ship is on Arctic tour with Climate Change documentary film team, and tourists, concerned with Climate Change and melting Arctic ice. All 16 Climate Change warriors were evacuated by helicopter in challenging conditions, all are safe. 7 crew remains on board, waiting for Coast Guard ship assistance.

Something is very wrong with Arctic ice, instead of melting as ordered by UN/IPCC, it captured the ship with Climate Change Warriors.

Not a lot of people know that despite all that purple prose Malmö has somehow managed to emerge unscathed from the clutches of the sea ice on the other side of Svalbard from Longyearbyen: 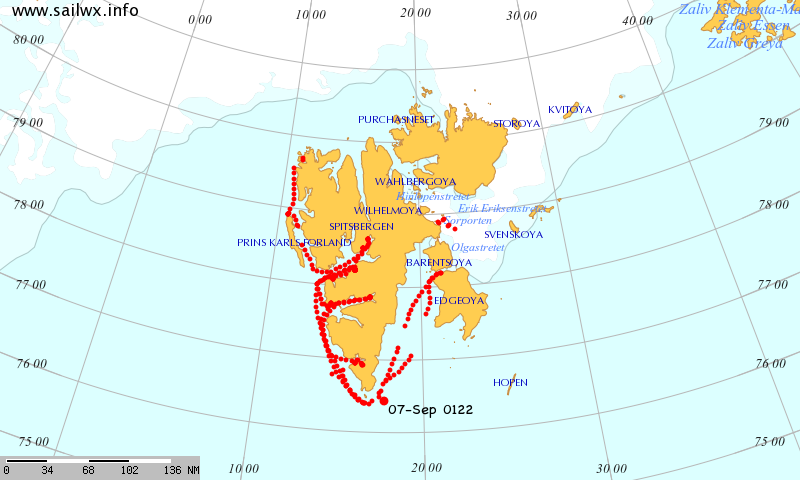 It will come as no surprise to our regular readers that the web site of our even older friend Anthony Watts has also published the self same story, also without the happy ending.

Whilst it is reasonable to assume that Paul and Anthony are not fluent in Norwegian, it seems they are also unfamiliar with Google. If they had performed the merest modicum of due diligence and employed the services of Google translate before pressing the “publish” button they would have discovered the coverage of the “massive false information” about the Malmö’s story in the Svalbard Post, published on September 5th:

Trygve Monsen and expedition leader Tore Toppe were among the 16 who were evacuated when MS Malmö got stuck in the ice on Tuesday. They respond strongly to what they call misinformation on the right-wing website document.no

Those who were on board MS Malmö have a completely different version of events.

“First, we are not Swedish. We are a group of middle aged Norwegians following the route of the Ahlmann expedition of 1931“, says Trygve Monsen. He himself has worked for the Norwegian press for a long time, particularly Aftenposten, where he has been both digital manager and correspondent in Berlin.

Together with Expedition Chief Tore Topp, Monsen arrived at the Svalbard Post on Thursday. He had tried to contact document.no many times before that, to correct the false information. They also say that they are not climate activists.

“No way. But when you are in the Arctic, and have been here many times over several years, you can’t help but notice what is happening to the environment up here”, says Topp. This is the seventh expedition he has led in the Arctic.

The evacuation of MS Malmö on Tuesday took place without significant drama. The boat was surprised by harsh ice conditions and eventually got stuck. The captain decided to ask for evacuation, for safety. The Governor came by helicopter and after a few minutes all the passengers were evacuated. The crew on the boat remained on board, and later got help from KV “Andenes” to get out of the sea ice.

In other old news the southern route through the Northwest Passage opened on August 15th this year, although with the assistance of the icebreaker CCGS Terry Fox the MS Bremen made it through a few days earlier: 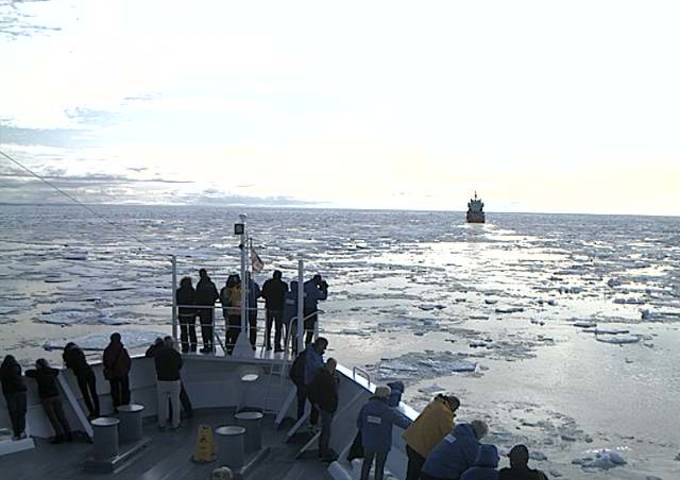 MS Malmö is now back in the range of an AIS receiver, whilst apparently en route back to Norway: 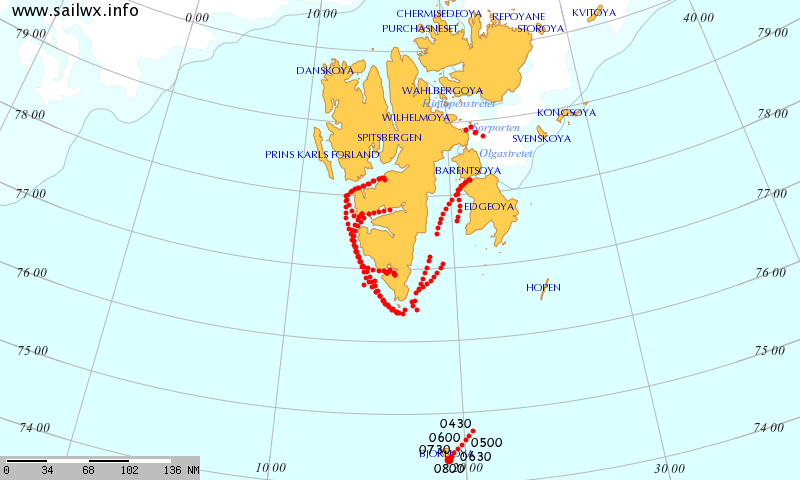 I ventured onto Twitter this morning, where I discovered Matt Ridley regurgitating the same nonsense about MS Malmö, plus this news from the Norwegian Coastguard:

It seems another one of the usual suspects has been hard at work too. Here’s James Delingpole over at Breitbart UK:

Yet another greenie expedition to the Arctic to raise awareness of ‘global warming’ has been scuppered by unexpected large quantities of ice.

Furthermore James has brought my attention to the fact that my foolish numbering system is out of date. According to his reckoning MS Malmö is actually “Ship of Fools IV”. Mind you he’s also claiming that Northabout was “Ship of Fools II”, which is obviously another porkie pie of epic proportions.

Wow, this place is stunning. Feel very lucky to be here. Cant wait to share our experiences with you. Now, where can I get a cup of tea? #arctic pic.twitter.com/JpjbS48Ebj

In actual fact there is of course currently less sea ice in the Arctic than in any previous year (in the satellite record) apart from 2012: 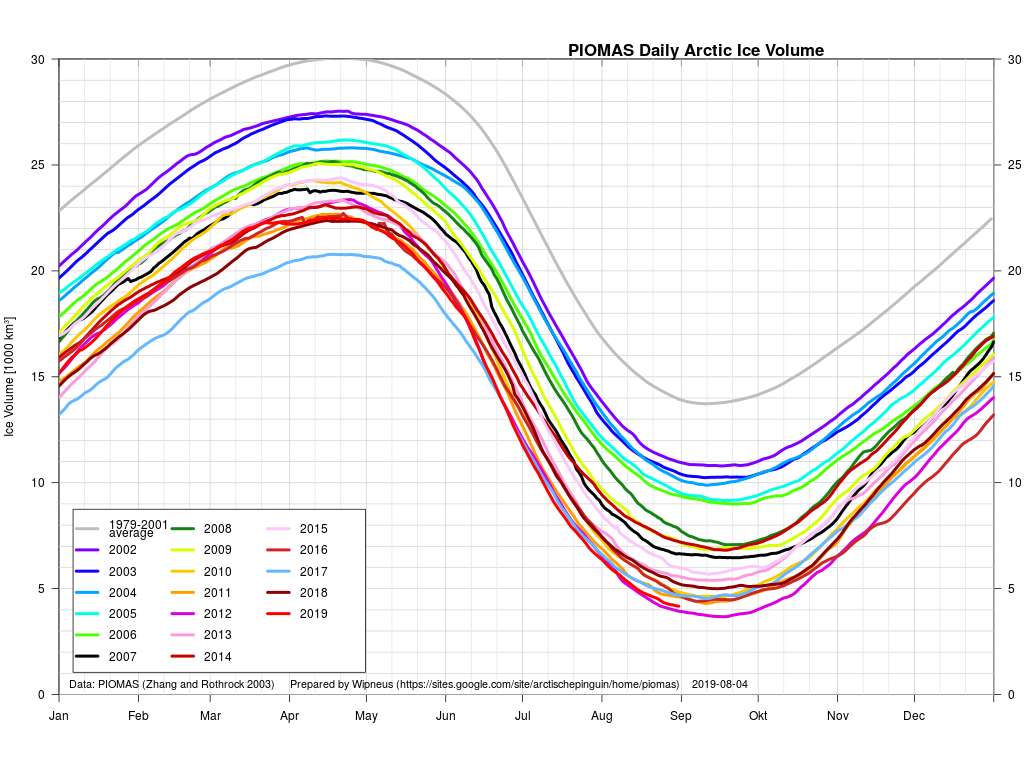 Today on Twitter I’ve found myself in conversation about #MalmoGate with Ken. He doesn’t say an awful lot, but he appears to think that MS Malmö being “surprised by harsh ice conditions” is significant in some way:

What’s that supposed to prove Ken?

The captain would have been very surprised to encounter such conditions, because that’s unadulterated ballcocks! #MalmoGate

One of the things that is actually significant about the 2019 melting season is quite the reverse of that. The Swedish icebreaker Oden spent a couple of weeks pootling around in the  Sherard Osborn Fjord in North Greenland without getting “stuck in the vanishing Arctic ice”: 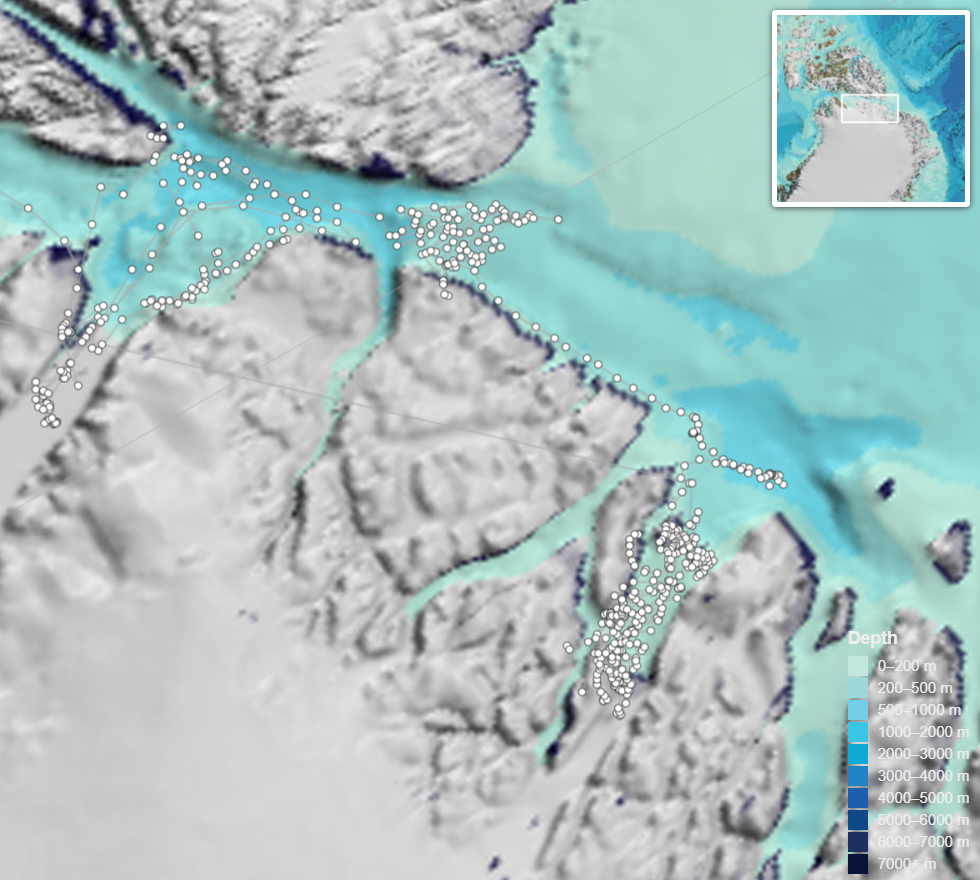 What Ken, Paul Joseph, Donald, James, Paul, Anthony, Matt et al. evidently fail to comprehend is that the sea ice covering the Arctic Ocean doesn’t merely expand and contract with the seasons. It also moves. Just in case any of them do get around to doing a modicum of due diligence, take a good long look at this animation of Arctic sea ice age from the September 2015 minimum to the end of August this year:

It has just come to my attention that our very old friend Tony Heller (the artist formally known as Steve Goddard) has somewhat belatedly jumped on the MalmoGate bandwagon: 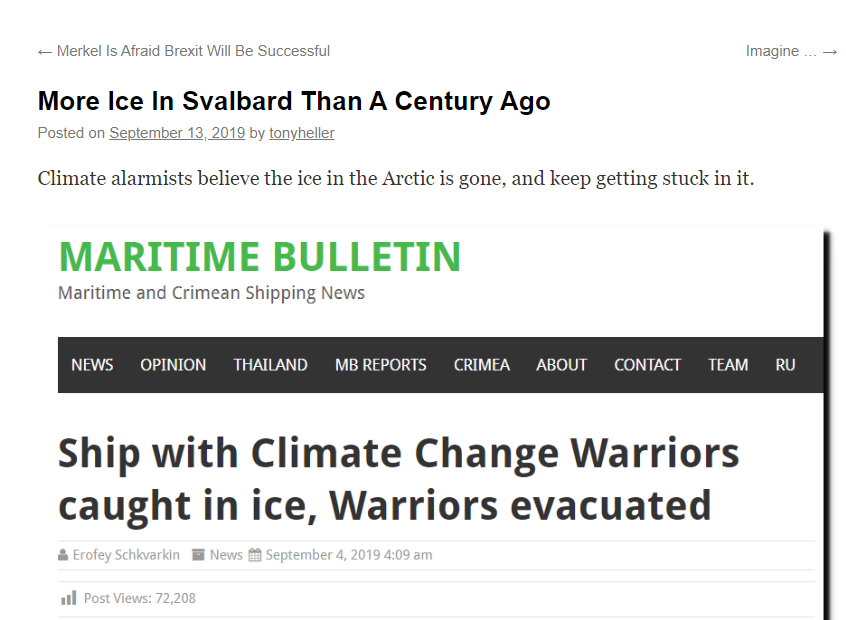