NSIDC 5 day averaged Antarctic sea ice extent is now at a record low level for the date, since satellite measurements began in 1979: 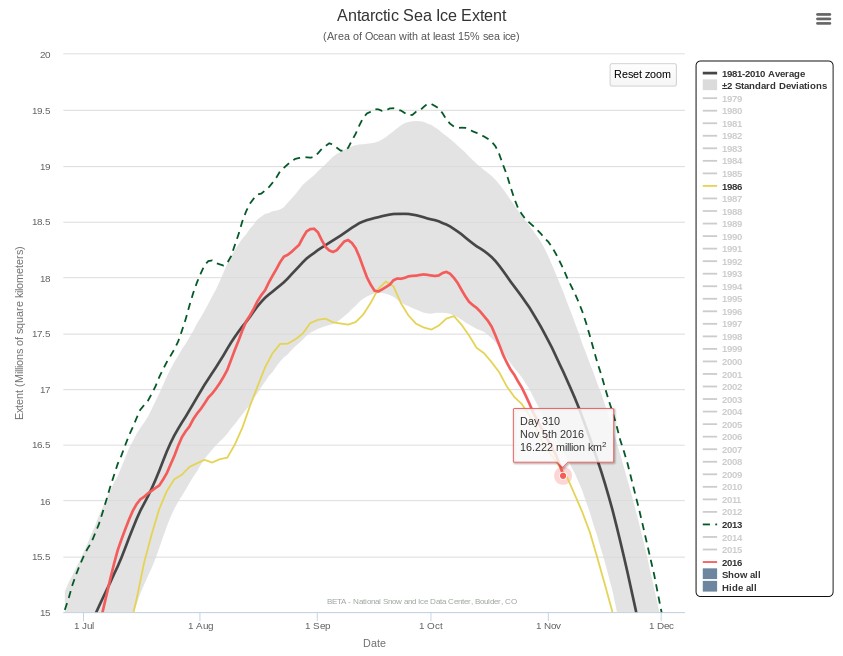 NSIDC 5 day averaged Arctic sea ice extent has been at a record low level for the date for quite a while: 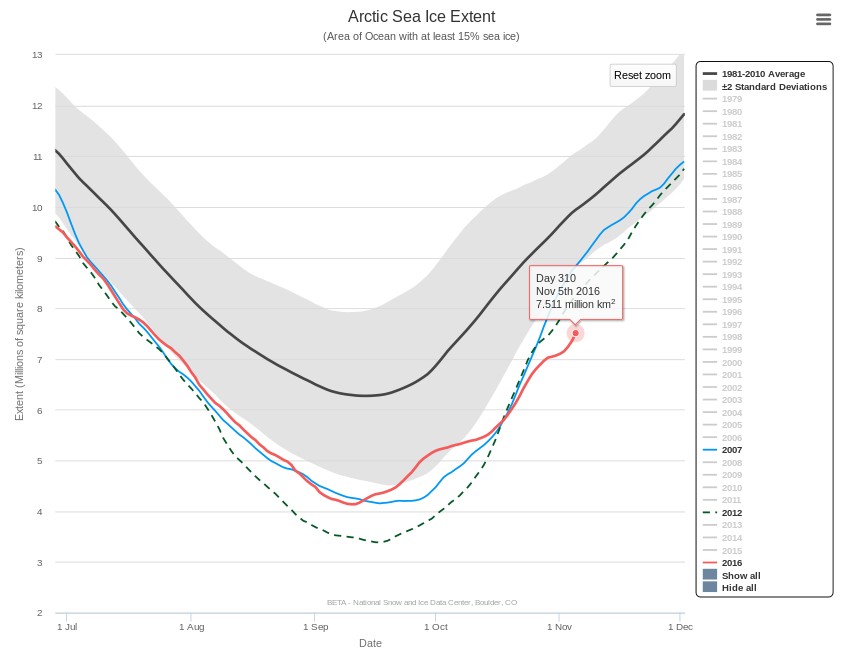 Combining those two facts means that global sea ice extent is also at a record low level for the date by a considerable margin. The gap with all previous years in the satellite record is even more stark if you look at global sea ice area: 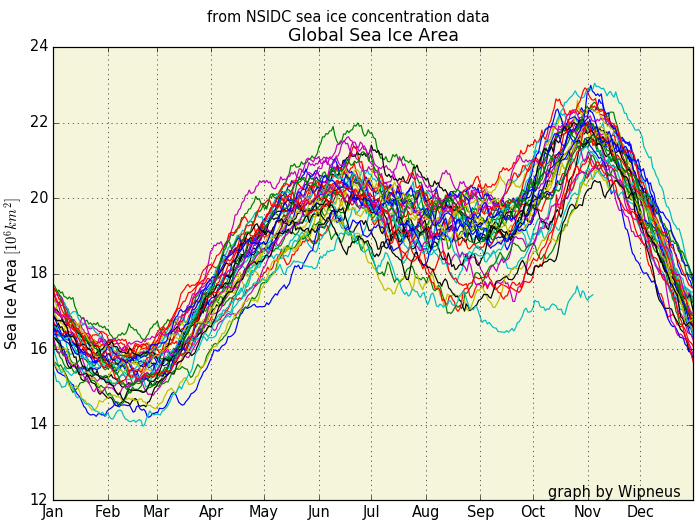 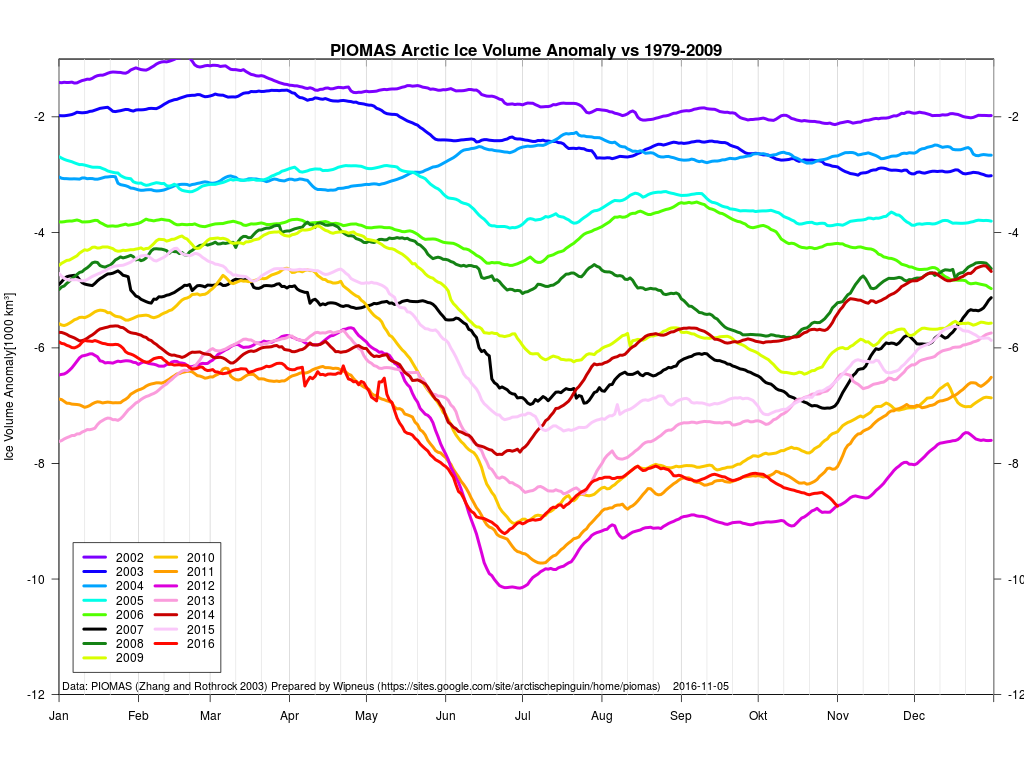 By October 31st that metric was also “lowest ever” for the date.