No is the obvious answer just at the moment, since the plucky little yacht is currently parked at a pontoon in Tuktoyaktuk. However actual facts aren’t sufficient to stop Tony Heller suggesting that Andrew Freedman suggested on Mashable that Mark Serreze of the NSIDC said that such a feat is feasible:

Mark “Arctic Is Screaming” Serreze says the Ship of Fools could sail to the North Pole.

Tony (AKA (m)Alice) attempts to justify his scurrilous allegation by referencing Andrew’s recent article entitled “After unusual Arctic storms, sea ice coverage in region is plummeting“. According to Andrew:

In an interview with Mashable, Serreze said sea ice coverage across the different regions of the Arctic has fallen dramatically in association with a series of unusually powerful summertime Arctic storms during August.

That much is certainly true, as we here at Great White Con have documented in detail. Mr. Heller however highlights this section of Mr. Freedman’s article:

In fact, if they want to, the Hempleman-Adams and the rest of the ship’s crew could actually sail nearly all the way to the North Pole, since sea ice cover is largely absent to about 86 degrees north, according to Mark Serreze, director of the National Snow and Ice Data Center (NSIDC) in Boulder, Colorado.

It’s not out of the question that the North Pole will become a geographical marker in open water, rather than ice cover, sometime in the next few weeks.

Let’s examine the facts about this “pretty darned unusual” situation shall we? Here is the latest high resolution AMSR2 visualisation of Arctic sea ice concentration: 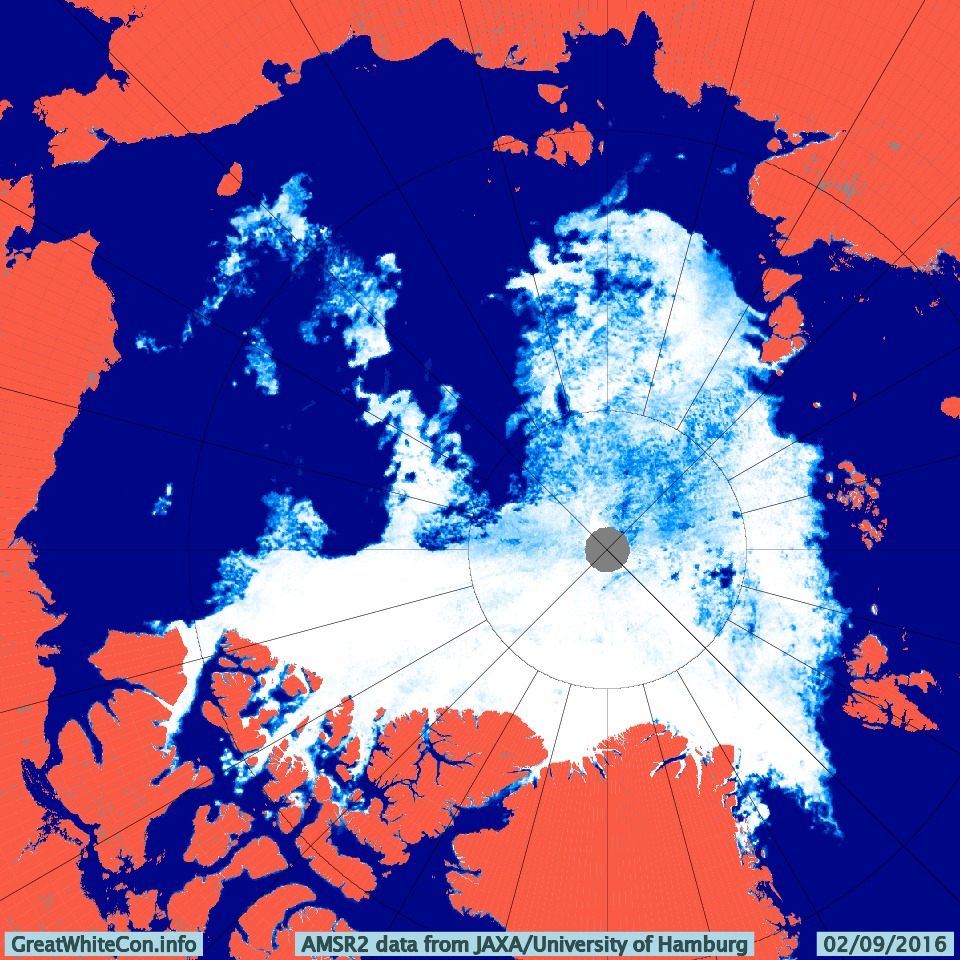 Can you see the stretch of open water leading all the way from the East Siberian Sea, where Northabout was a couple of weeks ago, to 86 degrees north? Apparently Tony Heller and his faithful followers cannot! Not only that, but also supposedly:

A NASA image [shows that] the North Pole is indeed encased in Thick ice right now.

and for good measure here’s a (somewhat foggy) NASA image from 86 degrees north in the Central Arctic Basin right now:

Today Terra offers a glimpse of the Greenland side of the North Pole:

Today Aqua offers us a view of what’s left of the sea ice on the Siberian side of the North Pole:

Tony Heller has just posted an accurate image of the state of the sea ice near the North Pole! Here it is: 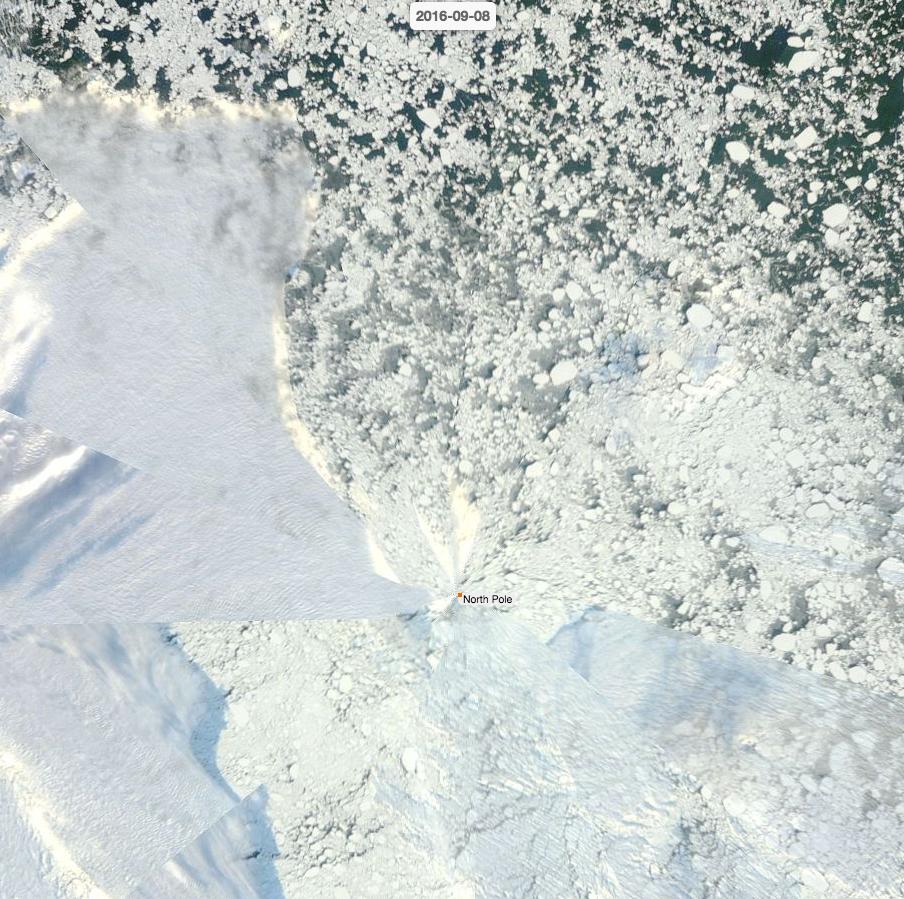 The accompanying text is nonsense of course:

The Ship Of Fools is facing a -10C weather forecast in five days, which would be impassable. They better put their fossil fuel powered pedal to the metal and get out of there fast, so that they can go back to Bristol and lie about the ice.

Needless to say Tony doesn’t provide a link to his source. Try this one and then have a good look around on NASA Worldview.

Lord Soth on the Arctic Sea Ice Blog mentions this image of the 2016 version of Santa’s secret summer swimming pool:

6 thoughts on “Could Northabout Sail to the North Pole?”