Enough sunlight is now reaching O-Buoy 14 for it to power up briefly every day after a long sleep through the Arctic winter blackness:

The buoy’s position has suddenly been revealed deep into the Northwest Passage after driting a considerable distance whilst out of radio contact: 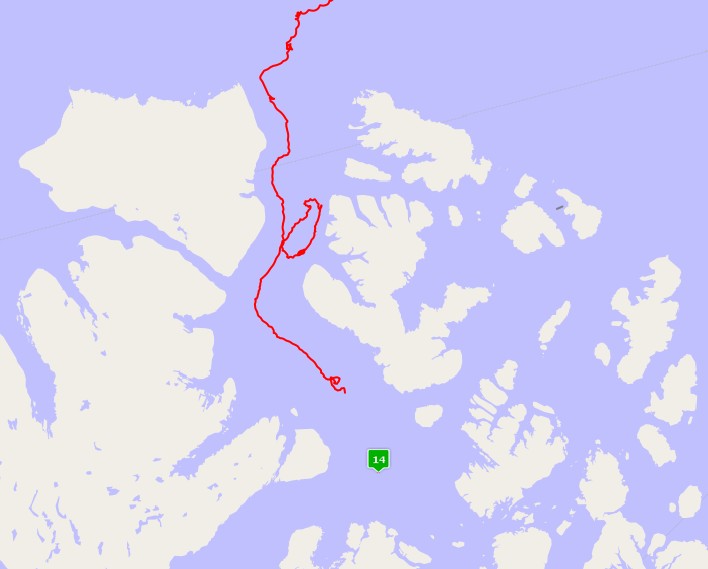 Not only that, but the ice on the buoy’s camera has melted enough to reveal a distant horizon:

The glaze over the webcam’s lens is gradually melting: 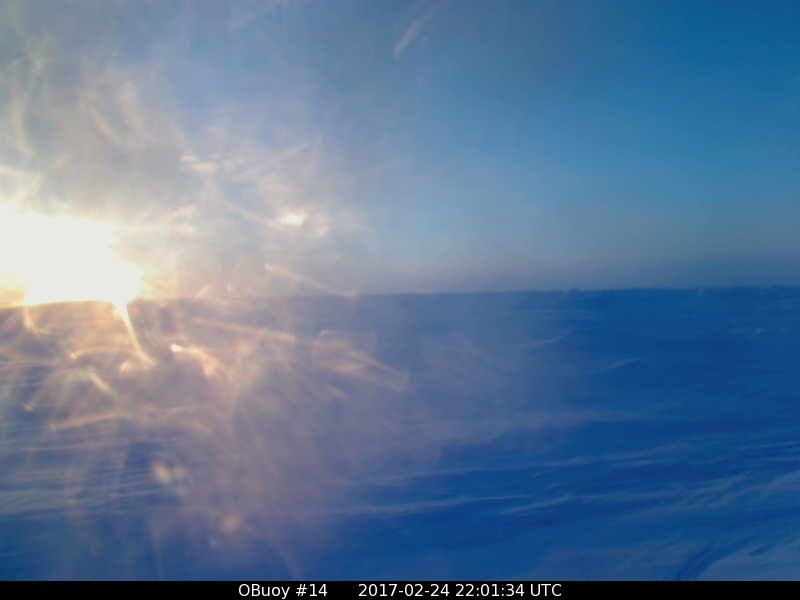 As suggested by “Oale” below, here’s the CIS ice chart for the Canadian Arctic Archipelago: 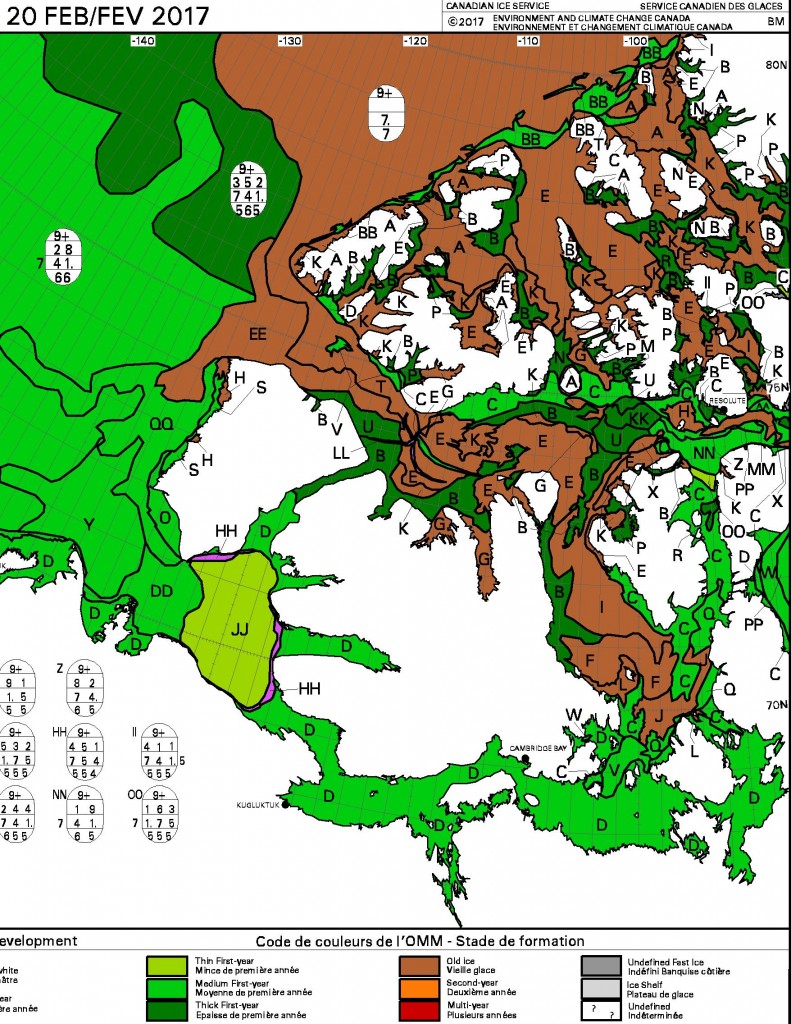 O-Buoy 14 is waking up earlier each day, and the view is getting clearer too: 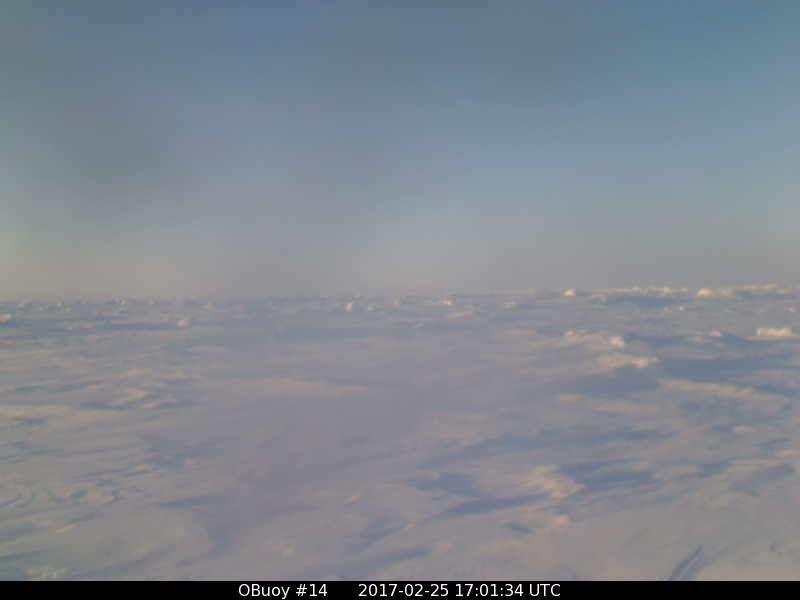 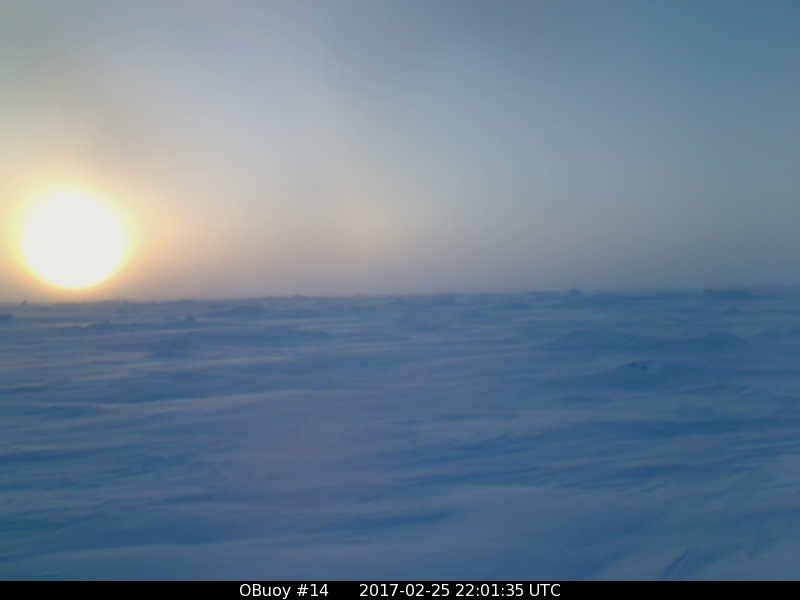 The lens of O-Buoy 14’s has cleared, resulting in some very pretty pictures being beamed back to base: 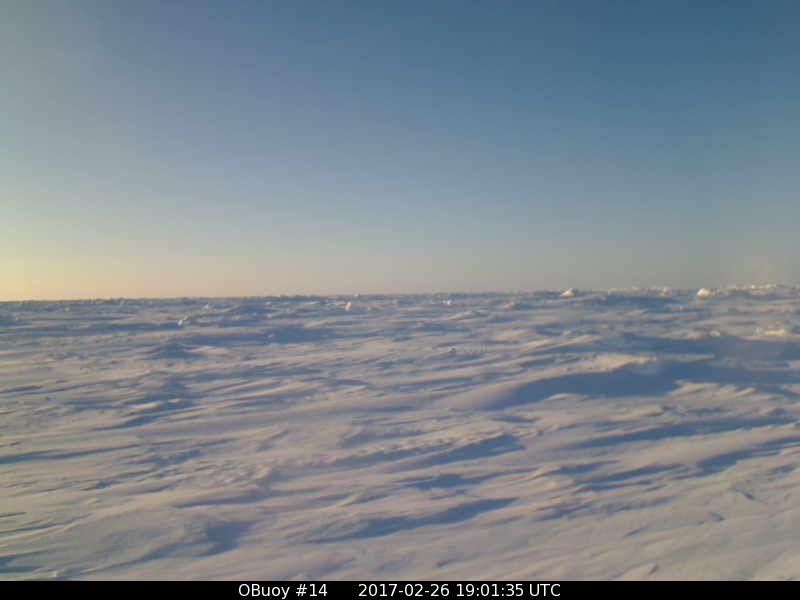 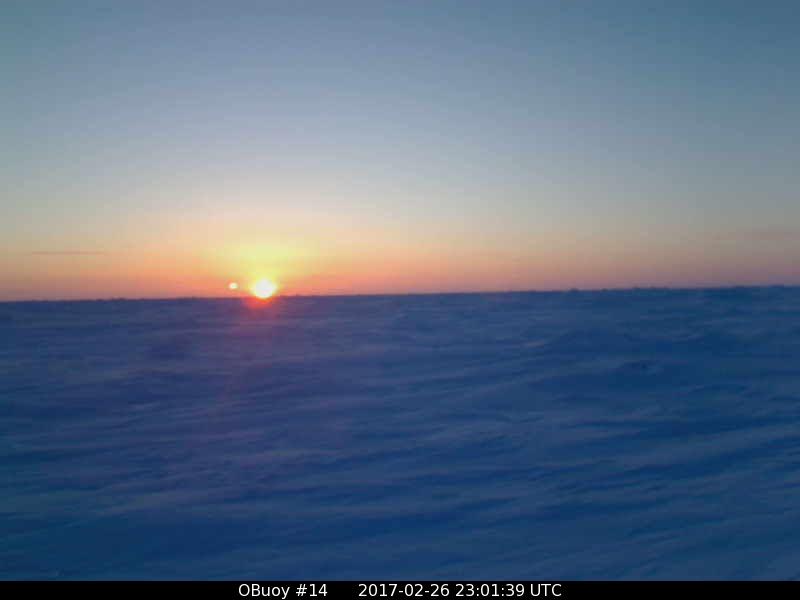 There’s now enough energy stored in O-Buoy 14’s batteries when the sun is above the horizon to keep her operating into the long nights: