Today’s title is inspired by a recent paper in the AGU’s Geophysical Research Letters, entitled “In situ measurements of an energetic wave event in the Arctic marginal ice zone“, by Collins, Rogers, Marchenko and Babanin. According to Collins et al. in the abstract:

R/V Lance serendipitously encountered an energetic wave event around 77°N, 26°E on 2 May 2010. Onboard GPS records, interpreted as the surface wave signal, show the largest waves recorded in the Arctic region with ice cover. Comparing the measurements with a spectral wave model indicated three phases of interaction:

Wave properties during fracturing of ice cover indicated increased groupiness. Wave-ice interaction presented binary behavior: there was zero transmission in unbroken ice and total transmission in fractured ice. The fractured ice front traveled at some fraction of the wave group speed. Findings do not motivate new dissipation schemes for wave models, though they do indicate the need for two-way, wave-ice coupling.

There’s a lot of equations and similarly technical stuff in the body of the paper which is nevertheless well worth a read even if you’re not a techie, as are the articles in the long list of references at the end. However, there aren’t any “swell forecasts” of the sort we like to put in our discussions of “waves-in-ice“, so firstly let’s fix that. Here’s some visualisations from NOAA’s WaveWatch III reanalysis for 18:00 on May 2nd 2010: 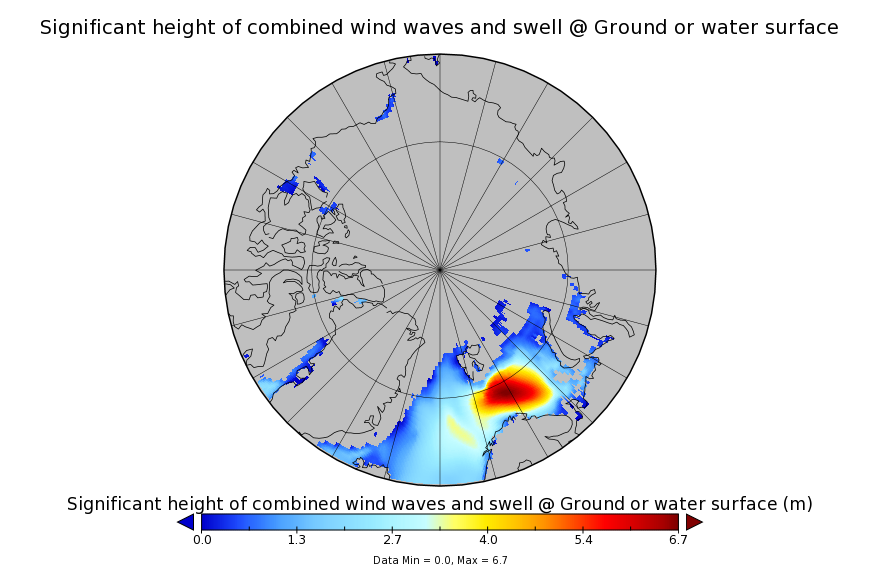 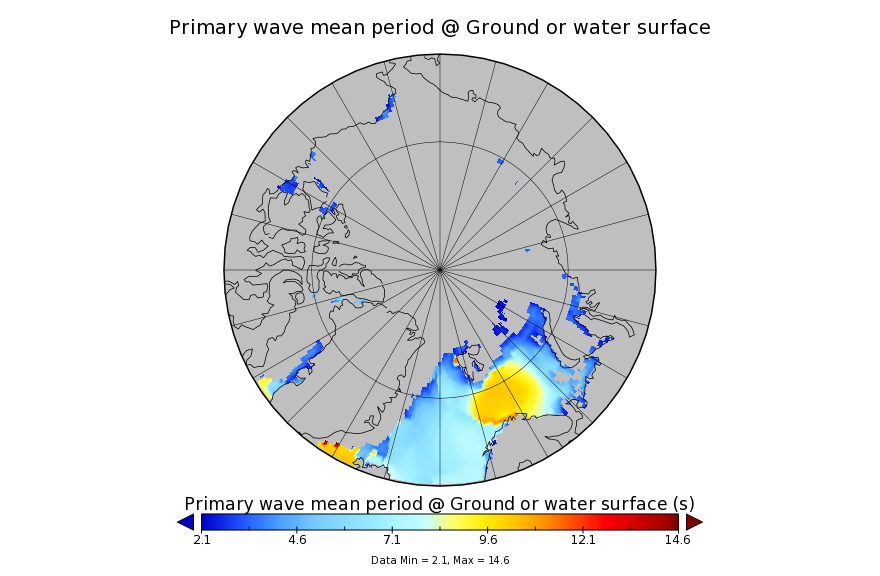 which reveal a swell with a significant height of 6 meters and a period of 11 seconds in the open ocean south of Hopen Island and Svalbard. Collins et al. concluded that:

Our results suggest that accurate wave prediction would have required coupling with an ice model which resolved scales of hours and kilometers. Implementation at such scales will no doubt be a future challenge. These are the largest known waves recorded in the Arctic with substantial ice cover present, and we expect the measurement of large-wave events to occur more frequently in the future due to the fetch wave-ice fetch feedback loop.

Now comes news that the R/V Lance has been subject to another “waves-in-ice” event, although this time it was north of Svalbard. First of all here’s a video showing an earlier stage of the Lance’s 2015 Arctic program:

Next the latest serendipitous encounter for the Lance. According to the Twitter feed of the Oceanography & Sea Ice department of the Norwegian Polar Institute on June 22nd 2015:

The sea ice floe with the N-ICE2015 research camp broke 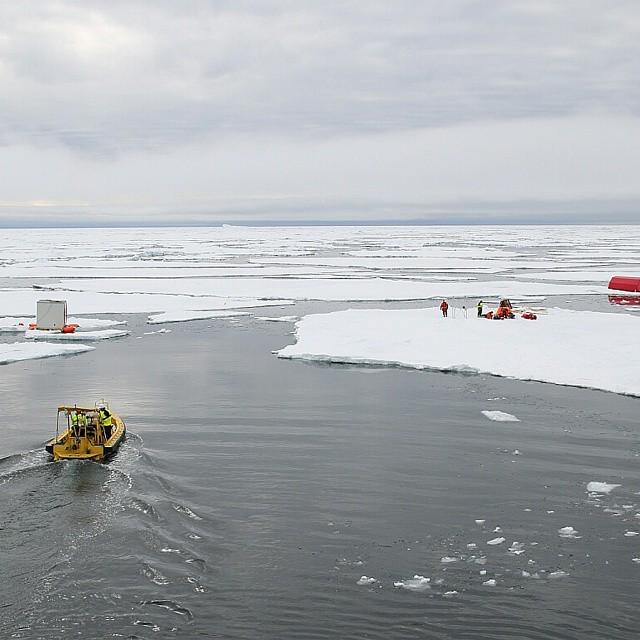 at which time the Lance was located in the marginal ice zone northwest of Svalbard: 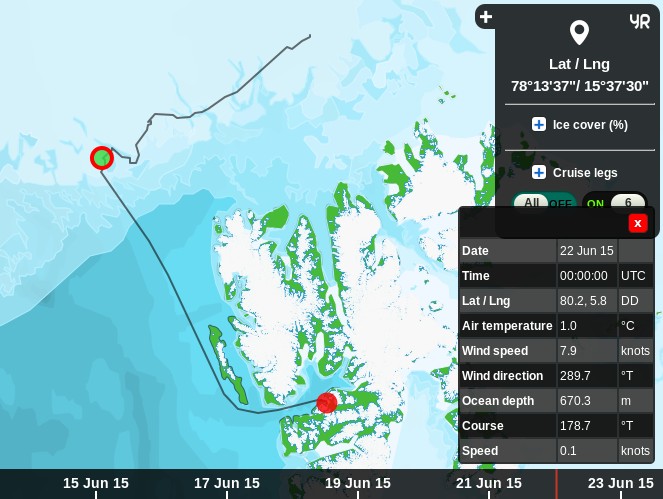 Now some further information (and more pictures!) has emerged via the Twitter feed of Harvey Goodwin, who says that:

When a light swell comes in the 5km sea ice floe we’d been working on broke into pieces not more than 30m [across] in an hour: 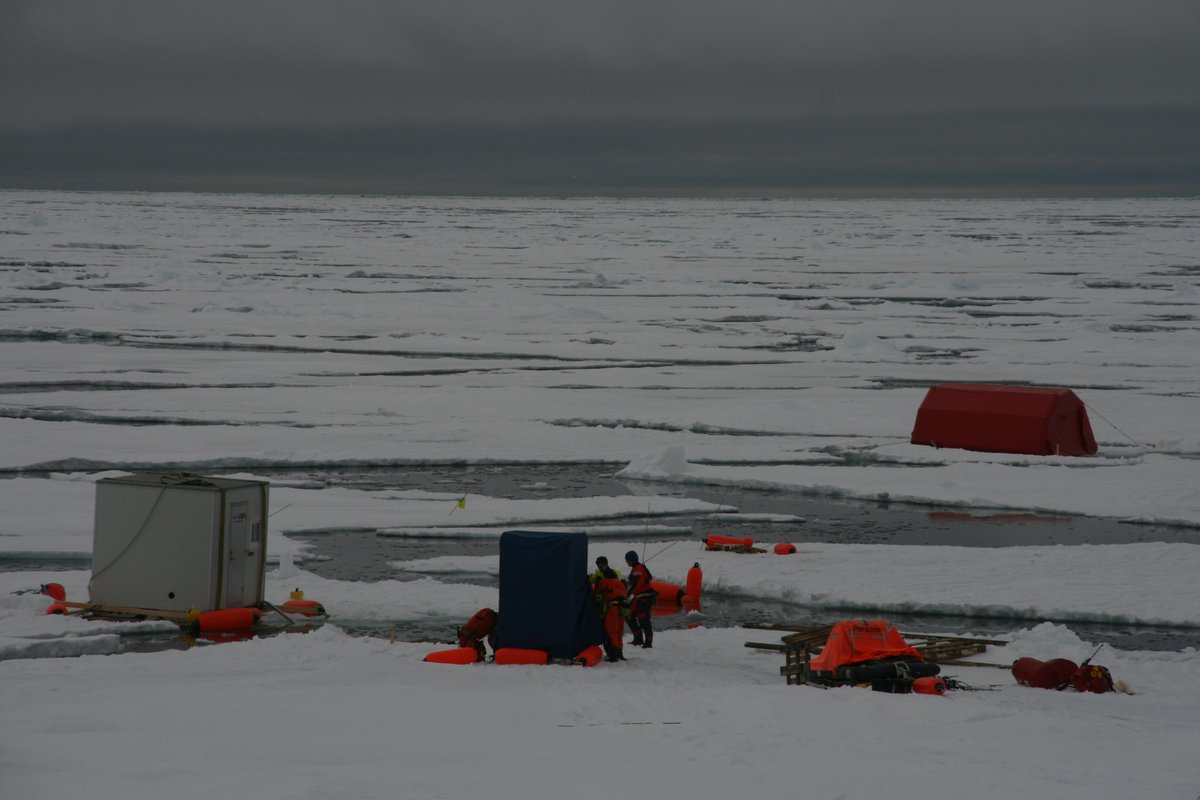 Equipment rescue[d] after sea ice breakup. Some cables cut but no equipment lost! 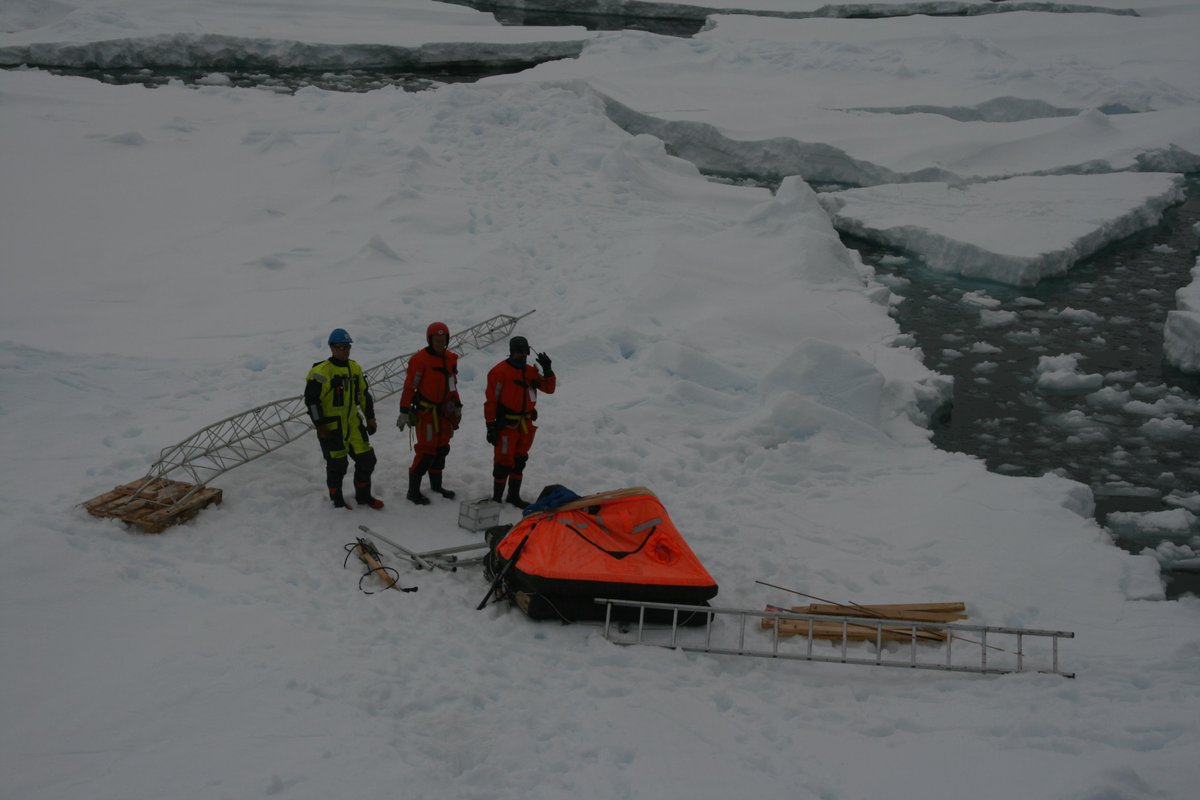 The WaveWatch III reanalysis for June 2015 isn’t available yet. We’ll bring you that information once it is, but for now here’s a couple of quick snapshots from the Magic Seaweed surf forecasting site: 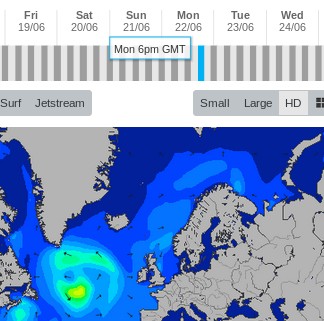 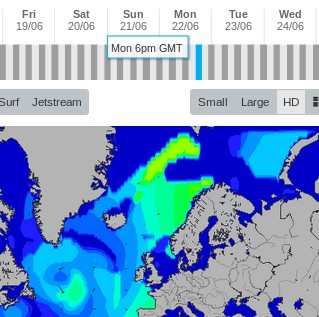 They suggest that a smaller but longer period swell was responsible for the ice break up this time around, compared to 2010. I wonder if it will take another 5 years for this latest event to be more fully documented in the scientific literature?