Earlier on this morning a debate about censorship started over on the so called “Real Science” blog. Unfortunately after a couple of attempts it became clear to me that my participation was not welcome.

@SteveSGoddard Shock News! There’s been some perturbation in the Force! A fat finger? http://t.co/EeZtV0u5LY pic.twitter.com/Fd6Hn8WL6H

@GreatWhiteCon And with that lie, you are now on ignore.

How do you explain the evidence @SteveSGoddard? Is that yet another question you’re unable or unwilling to answer? http://t.co/W1amkpfMFW

Subsequently, back on “Real Science” (and possibly thanks to Dave’s intervention below) 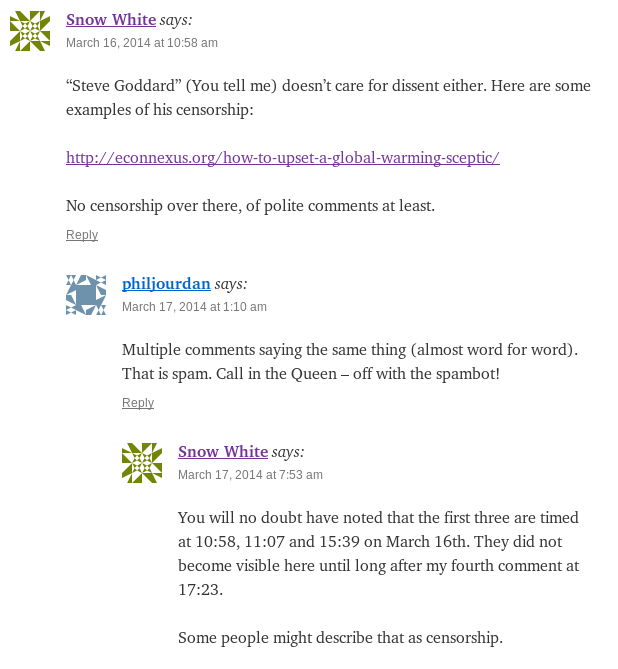